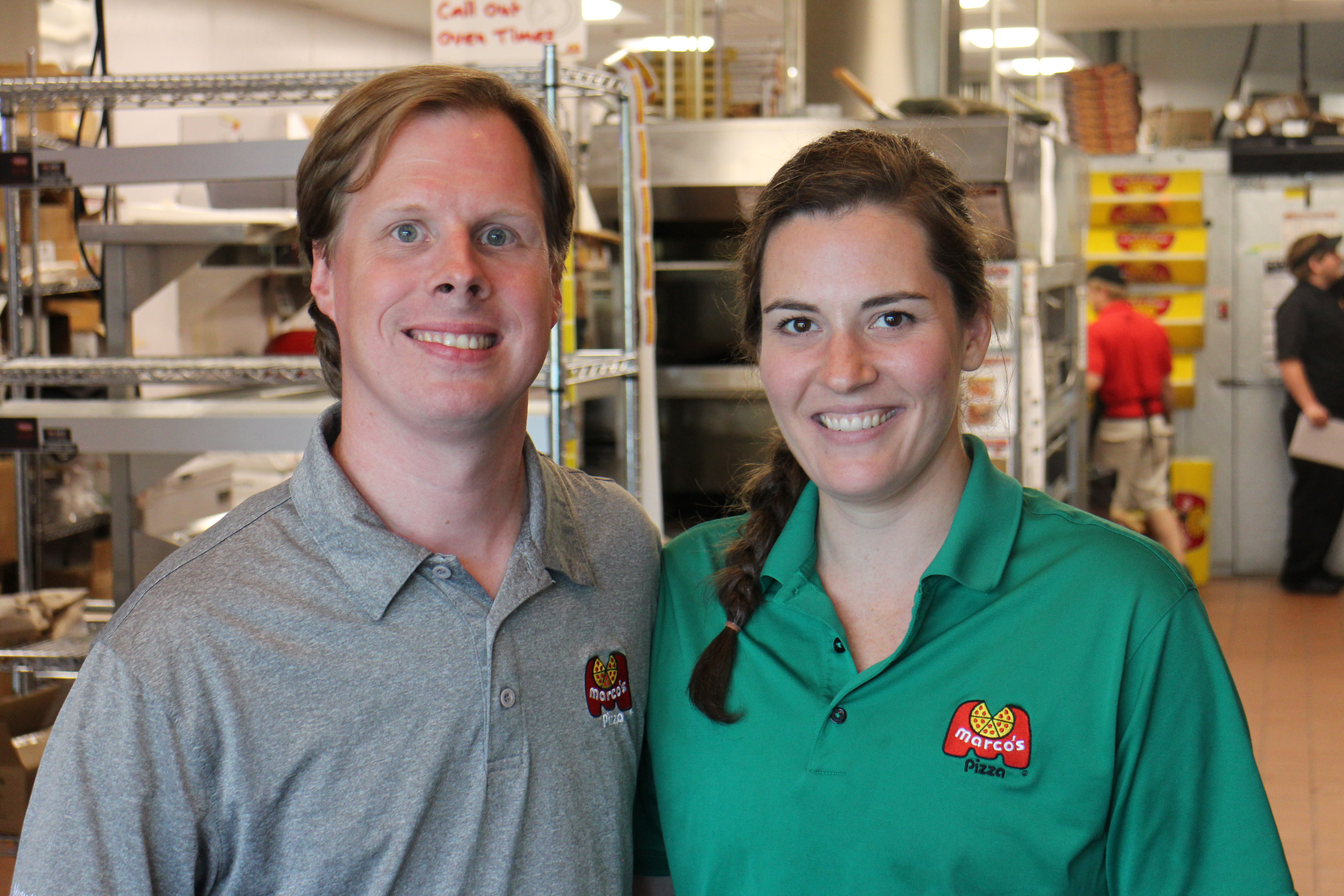 A fast-growing restaurant chain continues to slice up the Richmond pizza market.

Two more Marco’s Pizza locations are in the works in Chesterfield County, adding to one that opened on Midlothian Turnpike last year.

Harry and Sara Ragsdale are preparing to open their second Marco’s Pizza in a shopping center at 13918 Hull Street Road in the Woodlake area of Chesterfield County, the duo said Wednesday.

The new eatery is set to occupy about 1,400 square feet in a suite once occupied by Rita’s Italian Ice.

“When the store closed, I just knew that’s where we needed to be,” Sara said.

The couple signed a lease for the space in early June. Brokers Allyson Wiggins and Jason Guillot of Cushman & Wakefield | Thalhimer worked the deal. 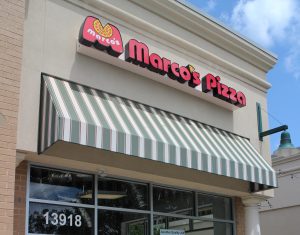 The Ragsdales plan to pump about $350,000 to $400,000 into the Woodlake location, which is being renovated by Midlothian-based Fas-Trac Commercial General Contractors.

The location is set to open Aug. 15, Harry said, delivering to a number of sprawling neighborhoods in the area such as Brandermill, Magnolia Green and Fox Creek.

Once open, Sara said about 40 full- and part-time staff, which includes about 20 drivers, will man the new operation.

With the Ragdales months ahead of their initial timeline to open a second Marco’s Pizza location, the duo is planning for more openings around Richmond.

They have agreed to open 10 new Marco’s Pizza locations in territory roughly west of Interstate 95 over the next 10 years – all but giving the couple the lay of the land that is ripe with development in the suburbs, and redevelopment closer to Richmond city.

“It’s a large area, which means there is a lot of opportunity for growth in this market,” Sara said.

Following the multitude of new rooftops, traffic counts and heavy income earners, Harry said he and his wife are working with Thalhimer brokers to secure additional Marco’s Pizza leases in the Short Pump and Staples Mill areas of Henrico County. The duo is also eyeing areas in and around the VCU campus.

“VCU will be our last store,” Sara said, as Harry explained the mounting costs to outfit a store near the campus in downtown buildings. “We’re hoping that when we get to VCU, we can get on the VCU meal plan so students can have more access to our pizza.”

Harry admits he and his wife’s foray into the pizza business has been swift.

In December, they opened the region’s first Marco’s Pizza at 13911 Midlothian Turnpike at the Martin’s-anchored Charter Colony Shopping Center.

Prior to moving to Richmond, Sara worked in the catering industry in South Carolina, while Harry is a former attorney. They bought into Marco’s after researching franchises to invest in, such as popular fast-casual food chains Smashburger and BurgerFi.

Harry said they’ve sacrificed a lot to grow their business.

“We sold our house, we left our friends and family and we quit our careers to pursue this venture,” Harry said. “We made a strategic bet; that’s why we’re all in.”

In addition to other local pizza shops, the Ragsdales will have some competition from another Marco’s Pizza franchisee – Columbia, South Carolina-based JH Development – which recently leased about 1,400 square feet in a strip center under construction at 10800 Iron Bridge Road north of Chester, next to the area’s recently opened Kroger grocery store.

Officials with JH Development could not be reached for comment by press time.

Once opened, it would become the region’s third Marco’s Pizza location.

Ohio-based Marco’s Pizza operates more than 700 locations across the U.S. and Puerto Rico, with roughly five eateries operational or in the works in Virginia.