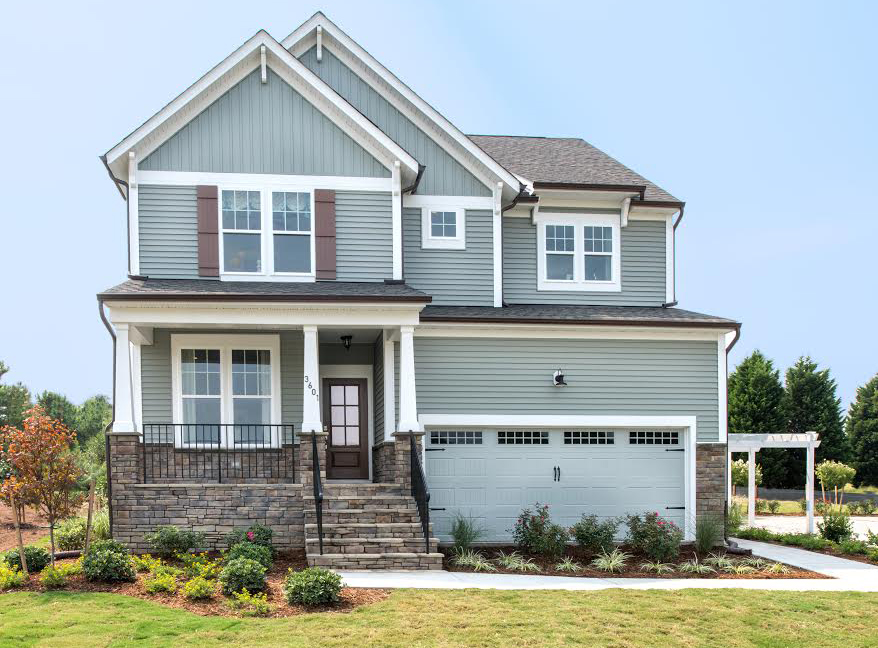 A home in the Providence development. (Courtesy of HHHunt)

One of the area’s busiest homebuilders is adding to its workload in the Center of the Universe.

HHHunt is adding 51 houses to its 160-home Providence community, located on the eastern edge of Ashland off East Patrick Henry Road at Woodside Lane.

The addition, approved by Hanover County supervisors last month, would add 17.5 acres to the 63-acre community. HHHunt purchased the additional land around the start of the year for $290,000, according to Hanover County property records. An assessment this year valued the property at $166,800. 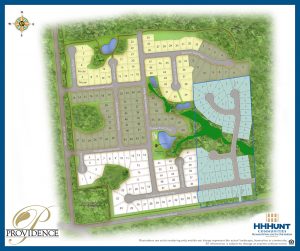 The 51 homes (highlighted blue) would be built to the east of the existing development, shown here. (Courtesy of HHHunt)

Jonathan Ridout, director of development for HHHunt Communities, said the additional homes would all be built by HHHunt, on land that he said was originally meant to be included in the development.

“We actually looked at this piece of land originally when we put Providence together, but we were unable to secure it,” Ridout said. “It came up on auction, because the owner was delinquent in real estate taxes, so that’s how we purchased it.”

The homes would be a continuation of those already built in Providence, which HHHunt started developing three years ago. HHHunt Homes has been building on the development’s smaller lots, while Ryan Homes took on the larger lots.

Ridout said the company has sold nearly all of its lots, while Ryan Homes has about a dozen lots left to purchase and market.

HHHunt bought the original 63 acres in 2013 for $1.6 million. Ridout said infrastructure and improvements to that land has totaled $8 million. The additional 51-home section is projected to cost $3.3 million, he said.

Ridout said this would likely be the one and only addition to Providence, which he noted is right by the county’s suburban service area, where the county’s general land use plan designates higher-density residential development.

“There’s not a lot of land left; you’re pretty much right on the edge of the suburban service area,” he said. “So it would be hard to get anything more that we see on an expansion standpoint.”

The homes to be built will be in line with the existing neighborhood, which consists of nine home styles with designs ranging from 1,800 square feet to 3,100 and up. Floor plans vary from three to five bedrooms, including options for a first-floor master bedroom, and 2 ½ to 5 ½ bathrooms. Each home will also include a two-car garage.

In addition to the homes, plans call for more than 2,000 feet of walking trails, adding to Providence’s two miles of existing trails and sidewalks. The community also includes a park, water features, a pavilion, a playground and open lawn areas.

A few miles south in Henrico County, HHHunt is preparing its next master planned community: more than 1,000 homes on 250 acres across Brook Road from Virginia Center Commons. The company, which has developed such communities as Wyndham, Twin Hickory and Charter Colony, is also readying for its next batch of townhomes at Rocketts Landing.

More information on the Providence Community may be found at http://www.hhhuntcommunities.com/providence

Ryan only has 3 lots left in Providence, we sold 4 last week!