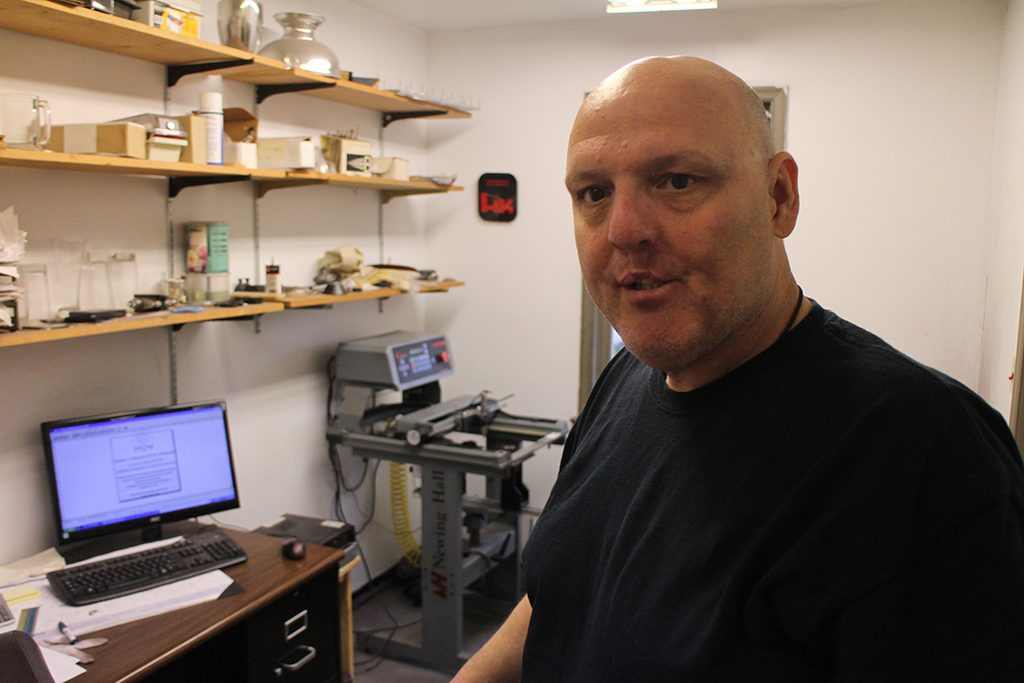 Like many things in the commonwealth, a Goochland pewter manufacturer can trace something back to a Founding Father.

The Jefferson Cup, which at 12,000 units sold per year is among Camelot Pewter’s top movers, was designed by Thomas Jefferson himself. Area clients who purchase the cups include the Jefferson Hotel and Virginia Capitol, both of which sell them in their gift shops. The Jefferson Cup, like many pewter products, is produced by the manufacturer in a similar fashion to the craftsmen of Jefferson’s era. 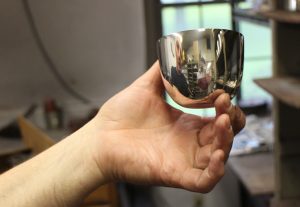 “The technique is still hundreds of years old,” says Anthony Berry, a Navy veteran and former salesman who was drawn to the history of crafting pewter products. “We just have more modern equipment.”

Along with the company, Berry is looking to acquire Camelot Pewter’s facility at 12302 Patterson Ave. near the Goochland-Henrico county line. The transaction also included Sycamore Gifts, a line of jewelry boxes, ornaments and other gifts sold on Camelot Pewter’s website. The line traces back to Sycamore Pewter & Gifts, a longtime Camelot Pewter client run by Shiplett’s wife, but closed after she died. The shop was located in Midlothian.

Berry and one other full-time employee run the operation, with Berry primarily buffing and engraving. Camelot Pewter also has one part-time employee, with laser-powered engravers reducing the need for additional manpower.

The firm has three engravers, two of which were purchased used. Berry says he is trying to purchase a 3-D printer in order to increase Camelot Pewter’s product offering, although the acquisition will likely push the $5,000 expense until June of next year. 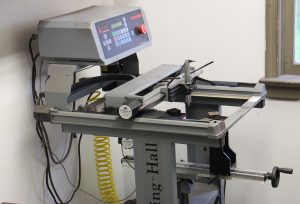 The firm has three engravers, lessening the need for more manpower. (Michael Shaw)

“Buying the business has taken a lot of capital,” Berry says.

While he didn’t take out a loan to purchase the business, Berry worked with Art Mattox of local business mentoring group SCORE Richmond to prepare sales projections should he need to in the future. Mattox also assisted with marketing and legal paperwork as Berry completed the purchase.

Berry’s next step is to try to expand Camelot’s custom services by using cheaper rubber molds. Creating the molds constitutes most of the upfront cost of mass-producing pewter products, and Berry hopes his new mold process will bring in new customers while driving down costs.

“Normally, a customer would have to order 175 pieces for a custom mold,” says Berry. “I’m trying to get that down to more like 50.”

Berry says the company is one of eight pewter manufacturers left in the United States, although Camelot Pewter is on the smaller end of the spectrum when compared to East Coast competitors. He hopes new technology and product offerings will grow Camelot Pewter. Berry also wants to start selling customized tankards for Richmond’s growing brewery scene.

“If I can expand the customized casting, it opens up a whole lot more for the business,” Berry says.

Camelot Pewter sells its products across the country, with out-of-state purchases accounting for up to 70 percent of its business. It purchases about 1.5 tons of metal a year from Gothic Pewter, a Rhode Island smelter.

Anthony, congratulations on completing your purchase of Camelot Pewter! Best wishes for a successful future–