The Alzheimer’s Association Greater Richmond Chapter elected its 2016-2017 board leadership. They include: President Katie Hamann of Door to Door Solutions; and Vice President Selena Sanderson of Growth by Design. The board also appointed Lynn Seward of Community Advocate; and Lisette Carbajal of the Governor’s office to two-year terms.

Christian Largo was named to the United States Paralympic Powerlifting Team. Largo, 17, has been a Sportable athlete for over 10 years.

Hourigan Construction, Perretz & Young and Draper Aden Associates were recognized as winners for Engineering News-Record’s Mid-Atlantic Best Projects 2016 awards. The team was honored for its work on the new Stone Brewing facility in Richmond. The project will be honored at an awards presentation on Nov. 1 in Baltimore.

Crystal Allen of Richmond-based Trust Mortgage was included in Mortgage Professional America’s 2016 Young Guns list. The list recognizes professionals under the age of 35 for their innovative work in mortgage industry. 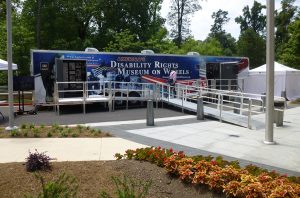 The Disability Rights Museum on Wheels display was hosted by Capital One.

Capital One hosted the Disability Rights Museum on Wheels display as part of the 26th anniversary of the Americans with Disabilities Act signing.

Todd Strassner was named store manager of Wegman’s Short Pump location. James Orr, a graduate of the Culinary Institute of America, will serve as the store’s executive chef.

Michael Thaler, co-founder and managing partner of Richmond-based Equity Concepts, was honored for his philanthropic excellence in the 10th annual Invest in Others Community Leadership Awards.

Business First Greater Richmond named Michael Flagg the 2016 Volunteer of the Year at an appreciation event in June. Flagg, who serves as the co-chair of the Henrico Business First team, interviewed 19 businesses this year doubling the individual goal set for volunteers. 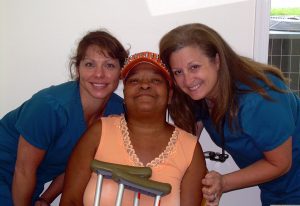 Two long-term and post-acute care centers in metro Richmond were recognized with the Bronze – Commitment to Quality Award by the American Health Care Association and National Center for Assisted Living. Those centers are: The Towers in Richmond, and River View on the Appomattox Health & Rehab in Hopewell.

The Anthem Blue Cross and Blue Shield Foundation awarded the American Diabetes Association a grant to bring diabetes education to high risk communities in Central Virginia and the Tri-Cities.

The 2016 Richmond Homearama, held June 4-19 at Hallsley, broke all previous attendance records for the event over the past 20 years with 22,094 attendees. The annual event is presented by the Home Building Association of Richmond.

Performance Food Group Company presented Stratford University $10,000 to provide scholarships for the university’s culinary program in Glen Allen. The university will award 10, $1,000 scholarships to culinary students selected by a scholarship committee this fall.