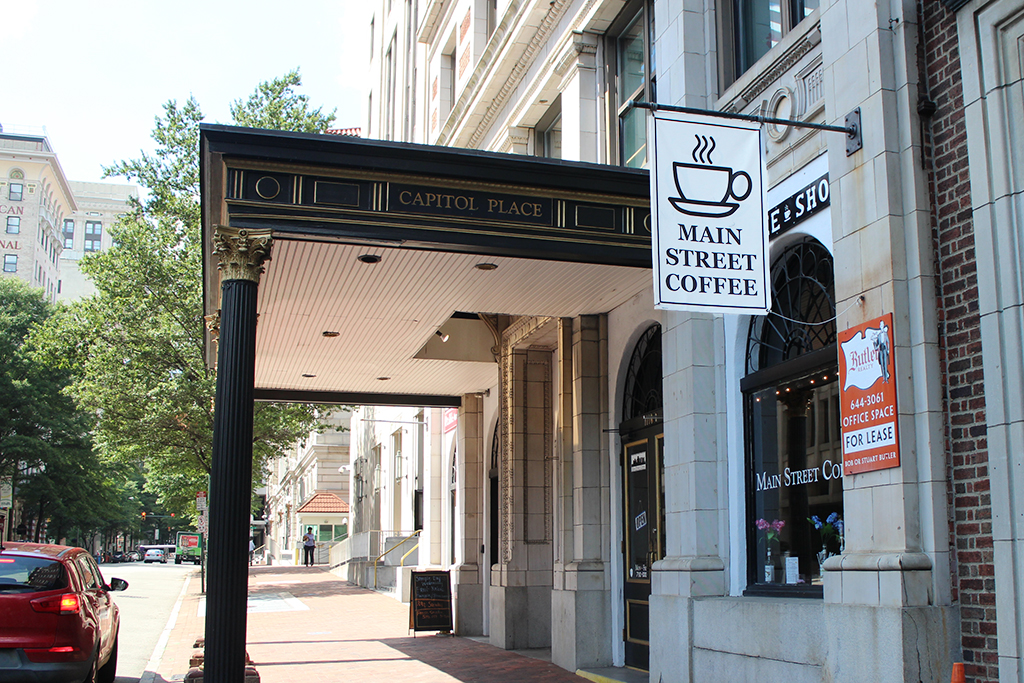 After just over a year in business, a downtown coffee shop has served its last cup.

Main Street Coffee at 1110 E. Main St. permanently closed its doors Tuesday afternoon, according to a sign on the door.

The shop, which opened in June 2015, is located on the ground floor of the Capitol Place building – across the street from the Bank of America Center and roughly a block south of the state capitol building.

A woman at the shop who identified herself as the owner of Main Street Coffee but did not give her name would not comment about the closing or any plans to revive the shop in another location. 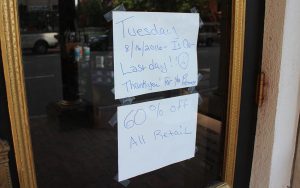 The shop was open for just over a year, before closing its doors on Tuesday.

Brokers with Richmond-based Butler Realty, which manages leasing for the Capitol Place building, along with other buildings in the central business district, were unavailable for comment Tuesday afternoon.

Main Street Coffee served up a number of coffee items and dishes, including Italian espressos, smoothies and pastries. It was also a spot for local artists to display their work and perform.

That stretch of Main Street has seen some retail turnover in recent years. It benefits from being in the heart of downtown’s many government, corporate and financial offices, but much of that daytime foot traffic disappears as offices close for the evenings and weekends. Main Street Coffee’s hours were in line with that peak traffic, opening Monday through Friday from 7:30 a.m. to 3 p.m.

Main Street Coffee replaced Sugar Shack Coffee, which closed in January 2015 after about a year in business.

In March, Coppola’s Deli closed its doors at the corner of Main and 12th streets after 18 years of serving up sandwiches. Rudino’s Pizza and Grinders took over that space this spring.