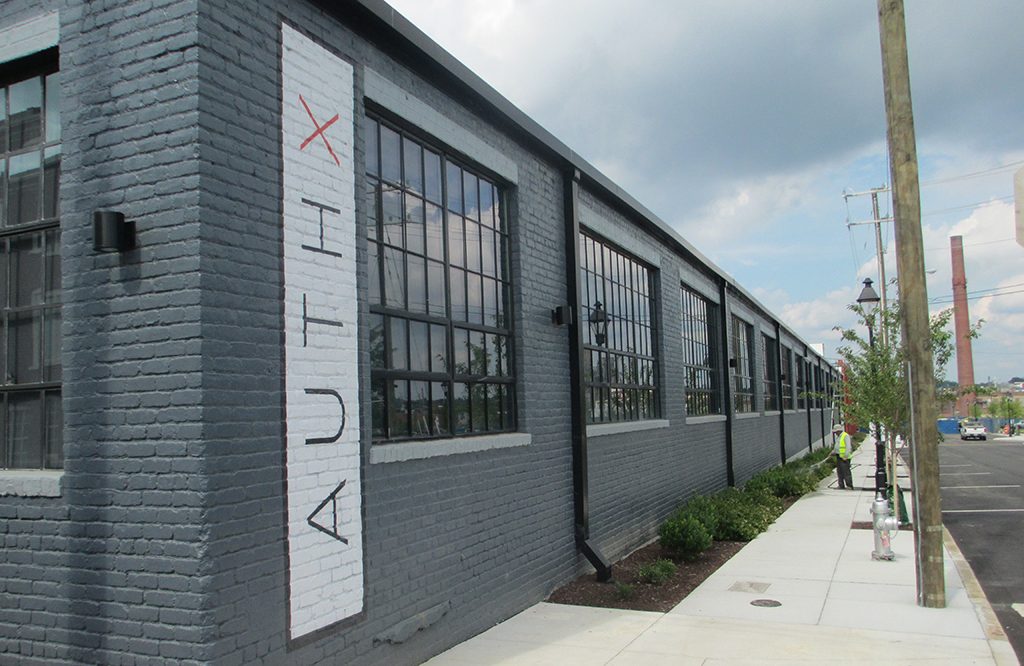 AuthX plans to expand its space at City View Landing to accommodate the merger. (Jonathan Spiers)

After a seven-year run, a local digital marketing firm is joining forces with a younger contemporary.

Glen Allen-based Create Digital has signed a letter of intent to merge with AuthX, a 2.5-year-old digital strategy and consulting firm headquartered in Manchester.

The deal was announced to employees this month and remained in the works as of press time. Terms of the deal were not disclosed.

Roe said AuthX, which provides consulting and strategy work for companies wanting to market themselves online, had been enlisting other agencies for creative work on projects and was initially looking to partner with one long-term when discussions with Create Digital led to merger talks. He said employees of both companies knew of each other from their time at Ironworks Consulting, which was purchased in 2011. 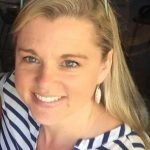 “We liked Create, and we liked working with Create the best,” Roe said. “One thing led to another, and we reached out and talked about what something like that would look like.”

Create Digital founder and CEO Kendall Morris described the merger as a complement to her firm’s more creative-based services. She said AuthX wasn’t the first to approach her firm about combining since it launched seven years ago.

“We found, as companies do in this space, you get approached from time to time and either the timing isn’t right or the fit isn’t right. In this circumstance, we were just really impressed by finding another company that has a shared vision that could really focus on driving revenue-growth for our clients.”

Create Digital’s client list includes local companies such as Capital One, Markel and Performance Food Group, as well as out-of-town clients such as National Geographic in Washington, D.C., and Carnegie Hall in New York.

Roe noted that Create Digital will be bringing more local work to AuthX, whose clients are primarily out of the area. The company, which has offices in D.C., New York and Peru, claims such clients as American Express, AIG, AAA and MailChimp. 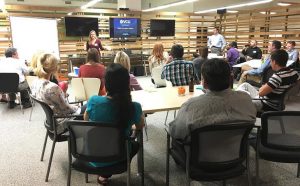 “Something that we’re really trying to take some pride in is really making a Richmond headquarters,” Roe said. “We think there’s a really great opportunity for the city to make its mark as a marketing center.”

Roe said Create Digital is unique among its peers in that its focus originated in social media, with all the numbers and analytics that come with it. Morris said she was among the first people to apply social media to digital marketing when she started what would become Create Digital as a stay-at-home mom.

“What’s really unique about her and her vision is that she started an agency specifically around social, and that really makes your DNA a little bit different,” Roe said. “It means that you start by thinking about analytics and measurement and demographics and audiences, so much more than you would in just a standard creative element, where you don’t really have that kind of validation.”

Roe said Morris’ role at AuthX will be similar, but change in title to chief strategy officer. Brett Lewis, who co-owns Create Digital with Morris, will retain his role as chief operating officer.

It also continues the influx of creatives into Manchester, where shops such as Parkwood Creative and Big River Advertising have recently set up offices. Web development firm CO+LAB is a neighbor to AuthX in City View Landing.