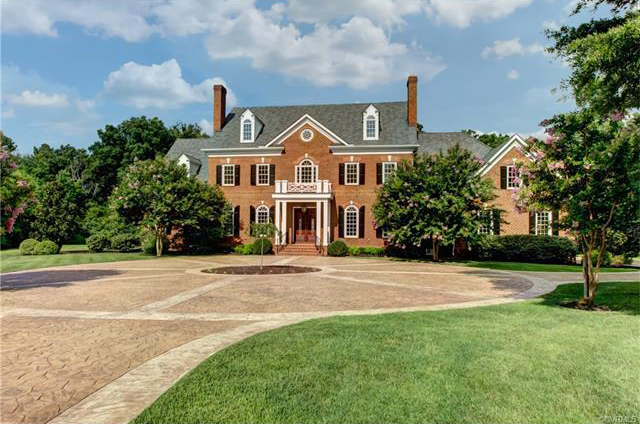 The home at 1004 Middle Quarter Court was listed for $1.7 million. (Courtesy CVRMLS)

The owner of a Richmond-based chain of strip clubs has listed his western Henrico home for nearly $1.7 million.

The property was listed by Richard Bower of Joyner Fine Properties. He said Boyd is downsizing.

Boyd purchased the house new in 2006 for $1.79 million, according to county property records. A recent assessment valued the property at $1.53 million.

The two-story brick house includes six bedrooms and six full bathrooms, which Bower described as unique. It also includes both first-floor and second-floor master suites, a three-car garage and a brick terrace overlooking a swimming pool. 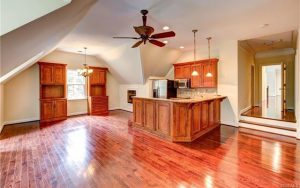 The home has a separate above-garage suite designed for guests. (Courtesy CVRMLS)

Bower noted a separate suite above the garage that he said is ideal for an au pair or live-in relative, with access to laundry and a wet bar-kitchen combination. He also noted the property’s privacy at the end of a cul-de-sac, as well as its access to the golf course and public and private schools.

“The property certainly would appeal to someone who wants very quick access to those courses. One can walk up and play on both of the golf courses that are there,” Bower said.

“It’s in Henrico County, which is a real advantage in terms of giving a family the option of either private schools or good county schools,” Bower said. “If one is transferring into Richmond and hasn’t gotten their kid enrolled in a private school, this is a really good option.”

The house includes a total of 14 rooms and features 10-foot ceilings on the first floor. It was built in 2006 by Steve Harmon Construction, which Bower said built a total of three houses in the Middle Quarter neighborhood and others in the Meadows at Manakin community. Another Steve Harmon home, in nearby Rivergate, was the Richmond area’s top home sale in January.

Across the golf course from Middle Quarter, a 7,300-square-foot home in Mooreland Landing sold in June for $1.47 million. The home, another Bower listing, was the area’s top home sale for that month.

And just up Gaskins Road from Middle Quarter, a 3,500-square-foot home on the course’s ninth fairway sold last December for $1.16 million. 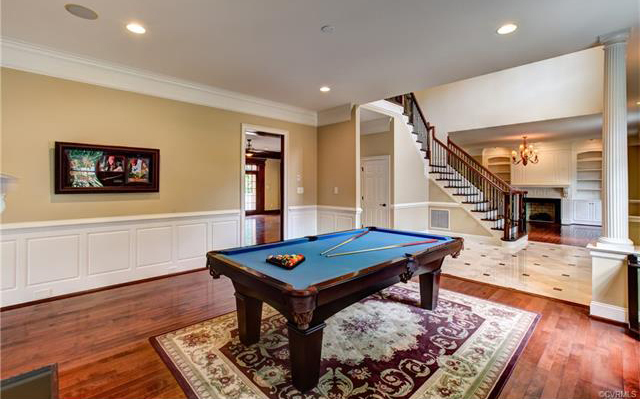