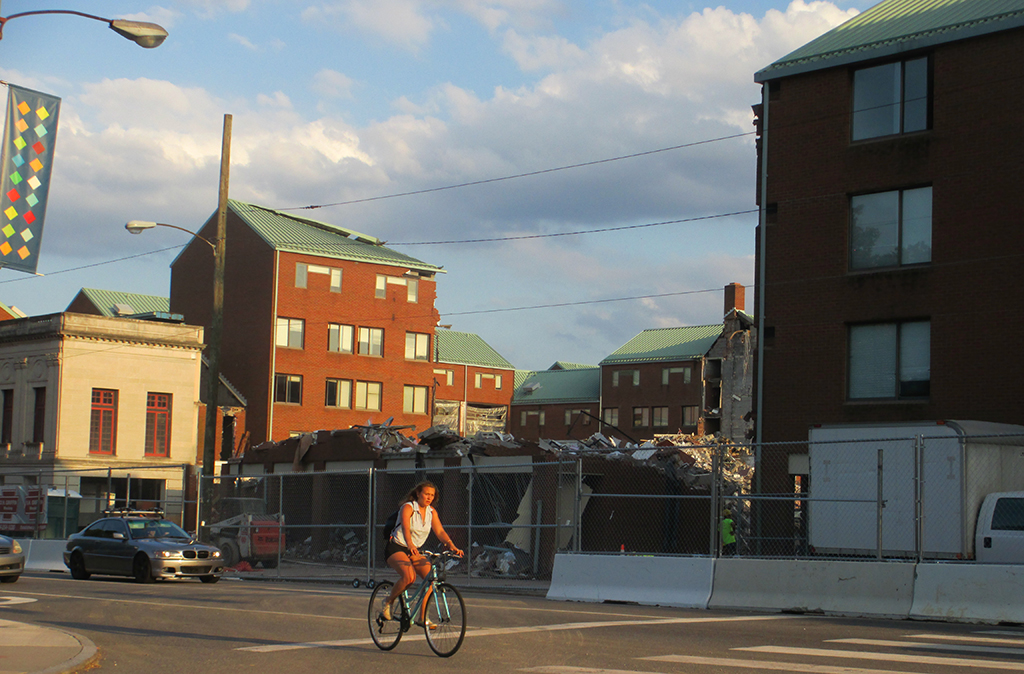 Demolition has begun on a 30-year-old dorm on VCU’s Monroe Park Campus to make way for a $96 million replacement.

Crews with the Richmond office of Greensboro, North Carolina-based D.H. Griffin Companies started work in mid-August to demolish Gladding Residence Center I and II at 711 W. Main St. – two of three buildings that make up the residence center complex across from Monroe Park.

The demo is making way for a 12-story, 360,000-square-foot replacement to be built by W.M. Jordan Company for Texas-based American Campus Communities, which is developing the tower through a public-private partnership with the university.

Students moved out of Gladding I and II in May at the end of last school year. This year’s freshmen were guaranteed on-campus housing in other residence centers, while housing for upperclassmen was determined through a lottery. 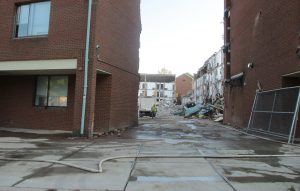 The Former Gladding Residential Center I and II buildings are making way for a 12-story, 360,000-square-foot replacement. (Jonathan Spiers)

Gladding Residence Center III and the Branch Bathhouse, which fill the remainder of the block between West Main and Cary streets and South Laurel and Pine streets, will remain on site and be incorporated in the project.

Once opened in August 2018, the new dorm will house 1,524 students and accommodate 600 more beds that will allow for all freshmen to be housed on the Monroe campus. Construction is set to begin this fall.

Under a 50-year operating agreement approved earlier this year by VCU’s board of visitors, American Campus Communities is tasked with designing, building, financing and operating the new building, which is scheduled to open by the start of the 2018 school year. VCU will assume ownership of the building when that agreement expires.

Note: This story has been revised to clarify that D.H. Griffin Company’s Richmond office is handling the demolition.

What is it with state design and construction that buildings are useless after only 30 years? No wonder middle class taxpayers cannot afford a college education for their children.