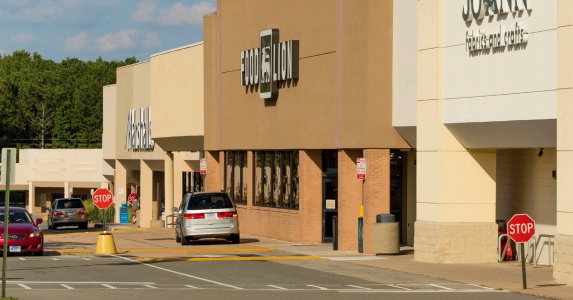 The owner of more than 700,000 square feet of Richmond-area retail space is selling off a piece of its local portfolio.

The 219,000-square-foot center, anchored by Food Lion and Marshalls, went on the market this week. Brokers John Owendof and Jordan Lex of HFF landed the listing, which does not have an open asking price.

Kodiak Properties’ managing partner Scott Spector said Merchants Walk has been held for nearly 10 years in one of the firm’s funds and that fund is reaching it’s the end of its 10-year cycle.

“It’s the end of the life of the fund,” Spector said. “It’s not a reflection on Richmond. It’s the last asset in this fund.”

The firm owns dozens of shopping centers and industrial properties around the mid-Atlanic. It was founded in 1994, the same year it bought into the Richmond market with Tower Plaza and Rockwood.

Merchants Walk was built in 1982. It sits on 27 acres and was most recently assessed by Henrico County at $20.68 million.

It has about 31,000 square feet of vacant space between with four open storefronts and one open outparcel.

I remember going to Merchat’s Walk as a kid because they had a Chuck E Cheese. That part of Broad St has seen some rebuilding here lately and that property will probably continue to be very valuable in the future.