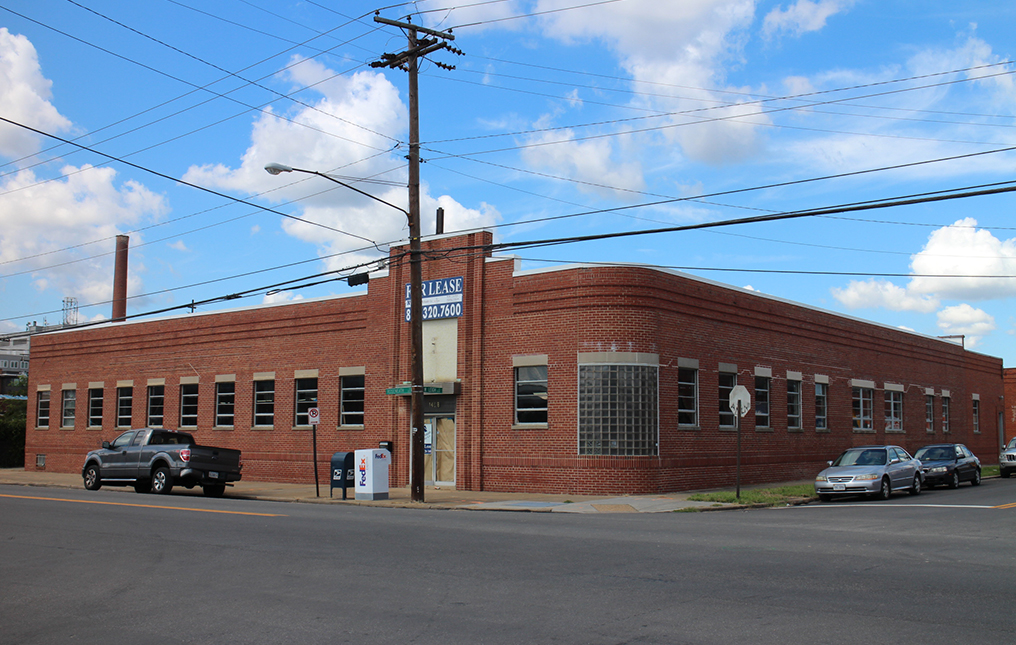 With plenty of beer makers and apartment dwellers already in place, another recent property grab in Scott’s Addition shows developers view modern office space as the next hot commodity in the sought-after neighborhood.

The deal closed Aug. 31 and will bring more renovated offices to the stretch of West Leigh Street between Roseneath Road and Belleville Street.

The owner of Roseleigh Partners LLC is High Summit Holdings,  a company controlled by Birck Turnbull of Cushman & Wakefield | Thalhimer and Charles Bice of KB Building Services, along with the development arm of local construction company UrbanCore Construction. 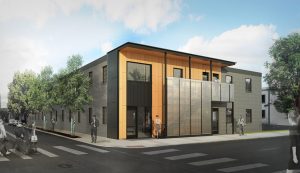 A rendering of the planned 16,000-square-foot Summit Suites building at the corner of West Marshall Street and High Point Avenue.

Turnbull said the buildings are about 75 percent leased to a mix of industrial tenants and about 14,000 square feet of office space is currently vacant.

“As space becomes available we’re going to be converting it into offices,” Turnbull said. “The office demand is outstripping the supply.”

As momentum in Scott’s Addition has built in recent years, new one-off office tenants have been common. But recent months have seen something new: a rise in larger-scale office projects.

Last week, local developer Yogi Singh closed on a deal that will gut and redevelop properties along West Marshall and Clay streets into modern office spaces. Spy Rock Real Estate Group is adding 55,000 square feet of commercial space to the neighborhood as part of its mixed-use development of the former Symbol Mattress Co. building at 1814 Highpoint Ave.

High Summit Holdings and Urban Core are part of the group that developed the Gather on Broad coworking site at 2920 W. Broad St.

The trend is forcing some hard choices for at least one small business owner who has been in Scott’s Addition for more than 10 years. 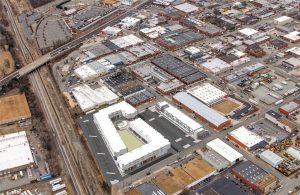 Jim Stori has operated his wholesale motorcycle apparel company Red Line Leather out of a 5,000-square-foot warehouse space on the 1408 Roseneath Road parcel since 2006. Stori was part of the ownership group of Sea Dream Leather, a leather apparel company that had operated out of the nearby 3304 W. Broad St. and went out of business in 2006.

Stori said he isn’t as keen as some to the influx of new breweries, apartments and office space to Scott’s Addition.

“It’s forcing me to go through some major changes,” Storie said. “You get a lot more dollars per square foot with some of the new things they’re doing. You take warehouse space and convert into office space and you can certainly generate more dollars.”

Storie, 66, said his small business has been profitable but the motorcycle apparel market has gotten tougher over the years. Now, Storie is considering moving Red Line Leather, but hasn’t finalized his plans.

“Probably the best option is out near the airport,” he said. “But boy it sure doesn’t have the character of Scott’s Addition.”

Turnbull said construction and development on 1408 Roseneath Road will be done by UrbanCore and KB Builders. Virginia Credit Union financed the acquisition of the property and will finance its development. Roseleigh plans to make use of federal and state historic tax credits and take advantage of city enterprise zone credits, Turnbull said.

He said Roseleigh Partners will supplement parking for its three buildings through an agreement to use spaces at the forthcoming Scott’s View, a twin six-story tower residential development Louis Salomonsky and David White have planned for 1400 Roseneath Road. In exchange, the towers will get an access point along West Leigh Street.

Turnbull said the seller of 1408 Roseneath Road was an entity controlled by the family of Paul Jacobs, a local lawyer at Christian Barton. The Jacobs family was represented by Nathan Shor and Reid Cardon of S.L. Nusbaum Realty Co.

The Jacobs family was also the seller in the sale of 1508-1512 Belleville St. nearby as part of a larger deal that included the sale of 1408 Roseneath Road.

The three buildings span the stretch of West Leigh Street between Roseneath Road and Belleville Street.