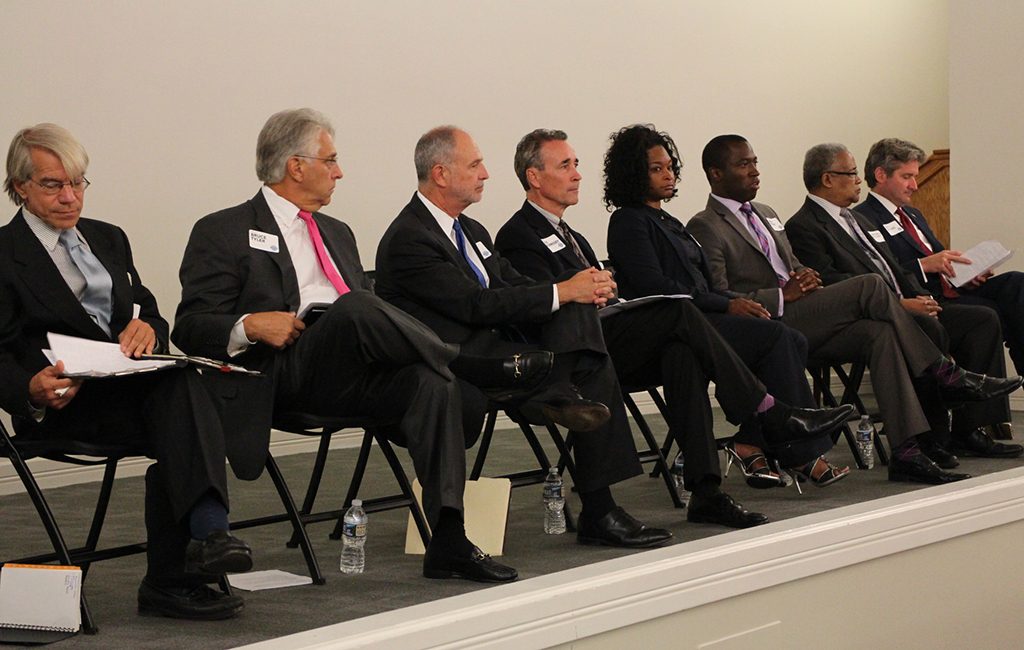 Richmond’s eight mayoral candidates convened Tuesday night and small business was the topic of the evening.

RVA Business Works, a coalition of local merchant associations, hosted the event at the Virginia Historical Society at 428 N. Boulevard.

In November, Richmonders will decide on a new mayor. According to a CBS 6 report, Joe Morrissey led the crowded field with 28 percent of respondents saying they’d vote for him if the election were held today. Meanwhile, factions of the business community have begun lining up behind various candidates.

Levar Stoney, the candidate who has raised the most money in the race, has gotten endorsements from the Home Building Association of Richmond’s Multi-Family Housing Council and a Washington, D.C.-based chapter of the Service Employees International Union. Jack Berry has been backed by the Richmond Association of Realtors’ political action committee, and his campaign coffers include $10,000 checks from the likes of Thomas Gottwald and Jim Ukrop, according to the Virginia Public Access Project.

Most of the candidates agreed that the building permit process should at least be as efficient as it is in Chesterfield and Henrico, tax rates should be competitive with the counties, the area around the Richmond Marine Terminal should see more development, and poverty should be eliminated with better job opportunities and more revenue brought in with better zoning.

Most of the evening’s two-hour discussion was a showcase in differing styles rather than substances.

One difference highlighted in the candidates’ approaches was over the value of the big economic development deals doled out by the city for companies like Stone Brewing Co. and the Washington Redskins. Michelle Mosby was the only candidate who came out in support of those deals as job creators. Others like Berry and Stoney decried the deals as bad for the city and a waste of resources.

Below is a roundup of some of the more distinctive talking points the candidates trotted out last night: 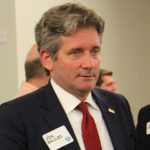 “This whole debate about education is music to my ears…It’s going to be time to put up or shut up. Whoever is going to be elected mayor is going to have to dedicate a stream of funding for the next five years. That’s the only way we’re going to move the needle.”

Baliles called for better enforcement for repeated housing code violations so the city can fix up blighted properties that absentee property owners leave in disrepair. He advocated for focusing on improving tax collection, performing audit recommendations, and refinancing the city’s debt. 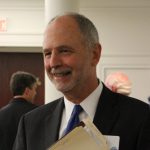 “The building permit system is a complete mess…The entire operation needs to be completely retooled.”

“There’s been lots of focus in recent years on shiny projects. What we need is more of a focus on the basics.”

When it came to the question of zoning, Berry said it’s best to be cautious about overdoing it just to serve the interests of developers. He said the state historic tax credit system needs to be defended. 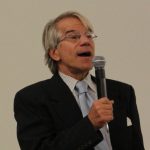 “Most of my life I’ve worked with nonprofits. There are so many nonprofits in Richmond. We should concentrate the efforts of churches and nonprofits on the front-end.”

Junes touted his role in mediating approval of Maymont’s expansion plan. He proposed taxing events to drum up city revenue and what he called “mixed-use zoning.” 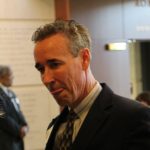 “You have to have accountability. You don’t have that in Richmond and RPS (Richmond Public School).”

Morrissey called for eliminating a certain business taxes and replacing it with a “sin tax” on cigarettes. He championed the value of enterprise zones and good schools in attracting business development. 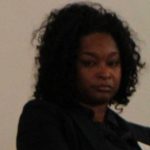 “I am already working with our schools. I am already making things happen. I am the proven leader who has done that.”

Mosby called for defending the state’s historic tax credit system as it is and for a “we the people type of movement” when it comes to lobbying the general assembly. She said she restructured a deal with the port to get more revenue for the city. 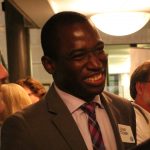 Former Secretary of the Commonwealth of Virginia

“This is about being competitive. We want to be competitive with New South cities that are taking off.”

Stoney called for a cigarette tax and reducing a certain business tax.  He said the next mayor needs to focus on improving the city’s bond rating. 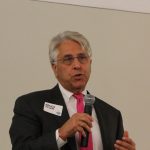 Tyler called for moving city hall out of downtown, where parking is limited, to Southside, where development is needed. He said the opening of the Panama Canal will bring more trade to the East Coast, which Richmond should take advantage of. He said all the taxes should be on the table. He said Richmond should focus on building a “next generation research park.” 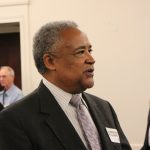 “What’s important to me is having a government that doesn’t waste your taxes or your time.”

Williams said he would increase taxes on corporations and try to reduce them for small businesses. He said concentrated poverty needs to be eliminated.

I definitely like seeing diversity in those running for mayor along with diverse ideas on how to improve Richmond for the citizens. I would like to see someone outside of the current establishment win but since I don’t live in Richmond that will be up to the citizens to decide.