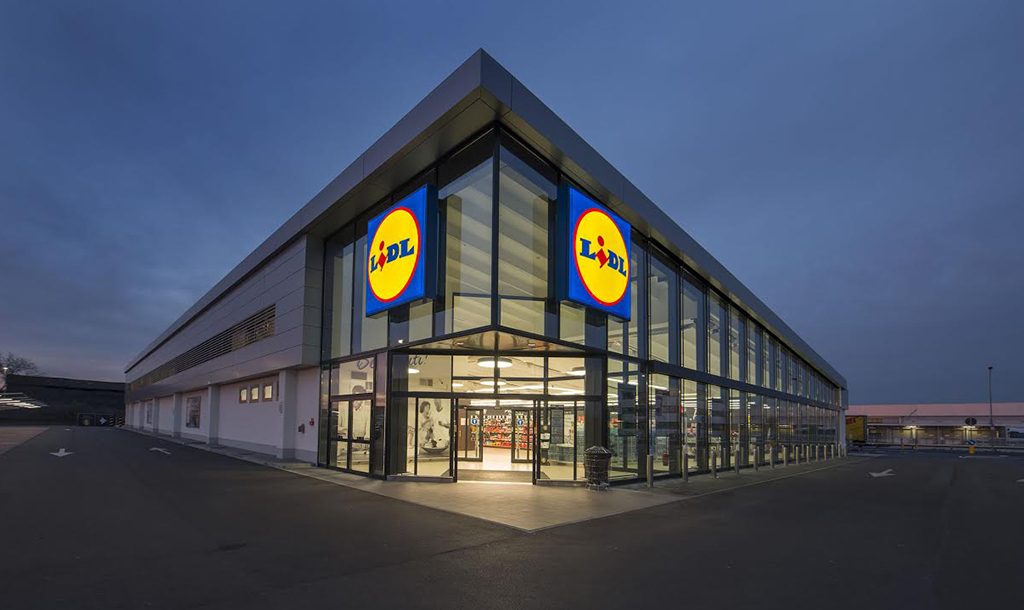 A Lidl store in Arcole, Italy. (Courtesy Lidl US)

The groundwork for a German grocery chain’s invasion of Richmond continues to be laid, as the company plots out a coordinated rollout of stores across the Mid-Atlantic.

A week after it closed on a site in Henrico County, Lidl secured its seventh known spot in the metro Richmond area, completing the purchase of a 5.7-acre parcel in Chesterfield County at the southeast corner of Midlothian Turnpike and Charter Colony Parkway.

The deal closed Sept. 8 with a purchase price of $2.88 million. Colliers International | Richmond represented both sides of the deal, with Susan Jones representing the seller and Yasmine Hamad and Bruce Milam representing Lidl.

County property records list the seller as Reynolds Real Estate Ventures LLC. The parcel is part of a larger tract owned by the Reynolds family that includes property at the Charter Colony and North Woolridge Road.

Jones said negotiations between the LLC and Lidl started in 2014, around the time the grocer submitted plans with Henrico for a store at the former Bill Talley Ford dealership site in Varina. The company closed on that land – 4.5 acres at 5110 Laburnum Ave. – in February for $2.8 million.

Those deals are in addition to others in the works for stores at 1301 Mall Drive in Chesterfield, a 3.1-acre site owned by Southeastern Associates Inc.; a 36,000-square-foot space in Markel | Eagle Partners’ GreenGate project west of Short Pump; and a half-acre site at 4700 W. Broad St., the site of the former Colonial Downs betting parlor.

While Lidl has yet to open a store in the U.S., fellow German competitor Aldi has opened eight stores in the Richmond area since entering the market last year, with more in the works in Chesterfield and Henrico. 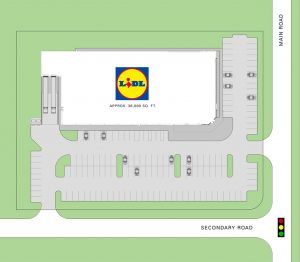 A Lidl prototype site plan requires a minimum of 3.5 acres for 36,000 square feet of store space and 150 parking spots. (Courtesy Lidl US)

With its land deals in Richmond and throughout the Mid-Atlantic, from Pennsylvania and New Jersey to as far south as Georgia, Jones said Lidl is strategically plotting a mass rollout of stores – 100 or more throughout the region, according to reports – that would open all at once by 2018.

“It’s been in the press that they want to roll out at least 100 stores at one time, and these stores take time,” Jones said. “That’s how they wanted this to happen.

Last year, Lidl announced it was establishing its U.S. corporate headquarters in Virginia, in Arlington County, and a distribution center in Spotsylvania County – two projects valued at more than $200 million.

A message left for Lidl was not returned in time for this story, but a spokesman said last week that the company is actively seeking additional sites in and around Richmond, where its land purchases now total $9 million.

Jones said this latest purchase adds to plans that have been in the works for some time as part of the mass rollout.

“They were carefully, methodically putting properties under contract to get that critical mass going.”

While the Midlothian site had been under contract for some time, Jones said the larger surrounding tract contains conservation easements that required requests to the U.S. Army Corps of Engineers for reduced setbacks for the developable part of the land where the store will go. She said the site will be accessed from Charter Colony Parkway with a connection to Village Mill Drive, which runs behind the adjacent Midlothian Village Square Shopping Center.

The site is right across Charter Colony from a Martin’s, and just down Midlothian Turnpike from a Kroger and an Aldi that’s planned to be part of Blackwood Development’s Winterfield Crossing project.

Farther east along the turnpike, one of two Wegmans stores to hit Richmond opened earlier this year. And Florida-based Publix is likewise preparing for its entry into the Richmond market.

I’ve toured both company’s stores in Europe. LIdl is a uber Trader Joes with many prepared meals and high quality self brands. Consumers who are disappointed that TJ’s will not expand further in Richmond will be delighted when they shop Lidl.

I’m still curious to see how all these new grocery players will be able to carve enough of a market share in the Richmond area. It’ll be interesting to see which new brands are still around in 10 years and which established brands are driven away by the new competition.

Bert – I completely agree. And that proposed LIdl location alone will increase the grocery store total to 5 within walking distance (Martins next door, Kroger on Midlo, Wal-Mart and Wegman’s just east of this site). There are food deserts in many areas of the city, but why are grocery chains creating food a food oasis in western Midlothian and in other areas of suburbia?