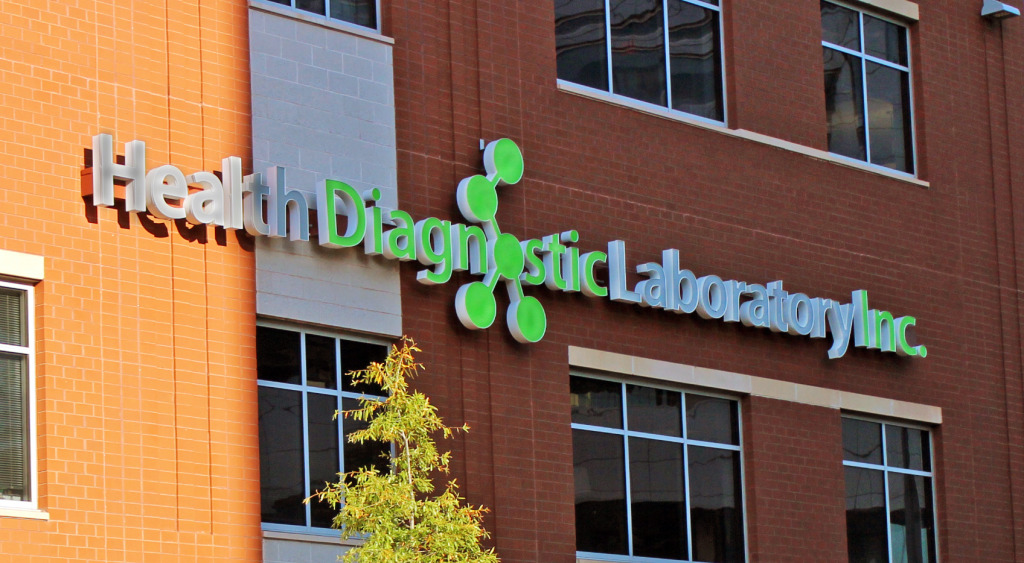 The trustee overseeing the bankruptcy liquidation of former Richmond blood testing firm Health Diagnostic Laboratory has filed a sweeping lawsuit against more than 100 defendants, including the company’s cofounders, directors and shareholders.

The case, filed in federal bankruptcy court in Richmond on Friday, seeks to place blame for the company’s downfall on the shoulders of HDL insiders and sales contractors, and aims to recover more than $600 million in damages. 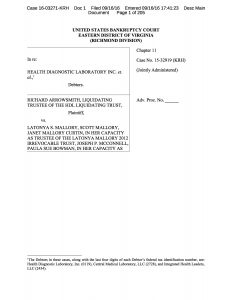 It follows on the theme of previous lawsuits filed by the Department of Justice and insurance companies that claim HDL’s rapid rise and fall was due in large part to business practices that allegedly violated federal anti-kickback laws and abused federal medical programs like Medicare.

“HDL’s apparent success was based on a business model that used kickbacks and improper referrals to encourage and induce (health care providers) to order unnecessary tests,” the case states, referring to the company’s practice of paying doctors to use its blood tests, some that have since been called medically unnecessary. “That created a ticking time-bomb that was destined to explode.”

The lawsuit’s ultimate goal is to force the defendants – essentially anyone who may have caused or benefitted from the alleged conduct – to return money they received as a result during the six years prior to HDL’s bankruptcy filing in June 2015.

It will also likely trigger insurance policies that HDL had to protect its former officers and directors.

The case claims that they knew or should have known that HDL’s business model was built on illegal practices and that self-dealing and personal gain took precedent over their fiduciary duty to the company.

The lawsuit argues that the company’s sales agreement with BlueWave “put HDL on a collision course with the government.”

It claims they knew or should have known that the BlueWave agreement violated the federal anti-kickback laws “or posed a grave risk of being aggressively challenged by the government.”

Among the largest sums in question are $123 million worth of transfers made to HDL shareholders defendants between April 2011 and May 2015.

HDL paid BlueWave a total of $220 million from January 2010 to November 2014 to peddle its blood tests, many of which are argued to have been medically unnecessary. Of that, approximately $173 million went directly to Dent and Johnson.

Other shareholders sued in the case include family trusts of Mallory, Warnick and McConnell that held HDL stock, as well as HDL’s largest shareholder, Texas businessman Tipton Golias, who owned 38 percent of the company’s stock. Three of Golias’ children and his company Helena Laboratories are also on the defendant list.

Other noteworthy details include passages that show despite the company’s apparent success, it had cash flow problems throughout its brief existence.

It also questions the appropriateness and calls wasteful the company’s corporate sponsorships and charitable giving, which include pledging millions to the Science Museum of Virginia, VCU and the Washington Redskins.

It argues that the self-dealing led the insiders to push the company into several bad investments in other healthcare-related companies and that Mallory and Warnick used HDL to pay for millions in personal liabilities to their previous employer, Berkeley HeartLab.

The filing of the suit does not come as a surprise. The trustee for months has said such a suit was in the works and awaited the resolution of previously alleged malpractice claims against Richmond law firm LeClairRyan.

LeClairRyan agreed earlier this month to pay $20 million to settle those claims.

LeClairRyan co-founder and namesake Dennis Ryan is also named as a defendant in this latest lawsuit. He left the law firm in 2012 to work for HDL.

The wide breadth of the lawsuit shows that the 15-month bankruptcy process is far from over, as each of the 105 defendants will lawyer up and file their own individual responses.

Creditors’ claims in the case are approximately $3 billion, according to the lawsuit, “dwarfing the value of HDL’s assets and underscoring the depth of HDL’s insolvency.”