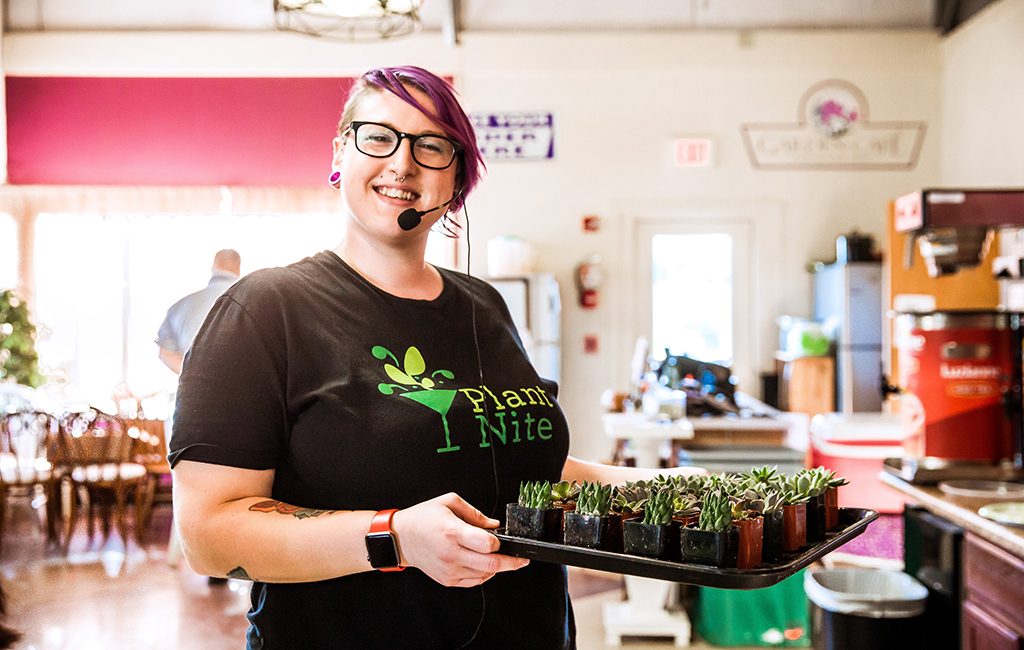 Heather Kirkpatrick, Plant Nite director of operations for Richmond, is leading the task to grow the new entertainment concept across the region. (Janpim Wolf Photography)

Correction: An earlier version of this story reported that Plant Nite territories are sold through franchises. The company offers licensing rights for its name to be used at no cost in certain markets, rather than a franchise model.

A national pop-up party brand has put down local roots.

Plant Nite, which pairs gardening and drinking by having patrons creatively pot plants while sipping a beer or glass of wine, hosted its inaugural Richmond shindig last month.

The Plant Nite concept was launched nationally last year by a Boston-based a company that operates Paint Nite, a similar business model involving painting parties. The company offers licensing rights to operators who can set up parties at various venues around town.

The company’s first Richmond-area party was held at the Boulevard Flower Garden in South Chesterfield with the help of Richmond-based Occasion Genius.

The Richmond territory is owned by Daraja Asili, who also has local rights to the Paint Nite brand. Heather Kirkpatrick works as Asili’s director of operations for the Richmond area.

“We wanted to introduce it to the area and see how it would be received by the patrons and the business,” Kirkpatrick said of their first local event in August. “We were pleased.” 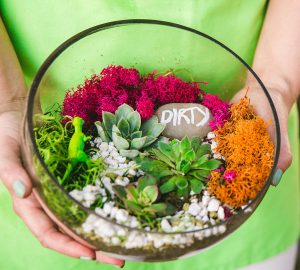 Plant Nite has a team of 15 people in Richmond working to grow the brand and network with area businesses to get it started in the area.

“This is a new territory for us, but we want to work with new partners to grow,” said Heather Kirkpatrick, director of operations for the Richmond area. “We feel that Richmond provides a perfect atmosphere for the Plant Nite brand.”

For venues for its parties, Plant Nite finds hosts in the form of local businesses interested in drawing crowds.

“Since we’re using their space, we do pretty much all the work,” Kirkpatrick said. “We bring the supplies, the instruction and the people. We also will do a lot of social media promotion for the business and the event.”

Plant Nite generates its revenue by selling advanced, nonrefundable tickets for events. Tickets cost $45-$55, which supplies party goers with the materials to complete a terrarium they can take home at the end of the night.

Kirkpatrick said in many cases, businesses that agree to host Plant Nite are able to prepare a special menu – mostly comprised of beer or wine options, appetizers, or a combination of both – to charge patrons of the event.

The company can accommodate anywhere from 30 to 75 people per event, Kirkpatrick said. She added Plant Nite can also accommodate corporate outings and events.

“We can host a Plant Nite anywhere,” Kirkpatrick said. “We have had events at bowling alleys, music venues, breweries, bars, plant nurseries…we’re willing to set up a party anywhere.”

Kirkpatrick said the goal is to book multiple events weekly – a task she said would take some time, but would be fairly easy to do.

“Richmond has a lot going for it,” Kirkpatrick said. “I think people here are willing to try something different and Plant Nite is aimed at producing something that is both different and entertaining.”