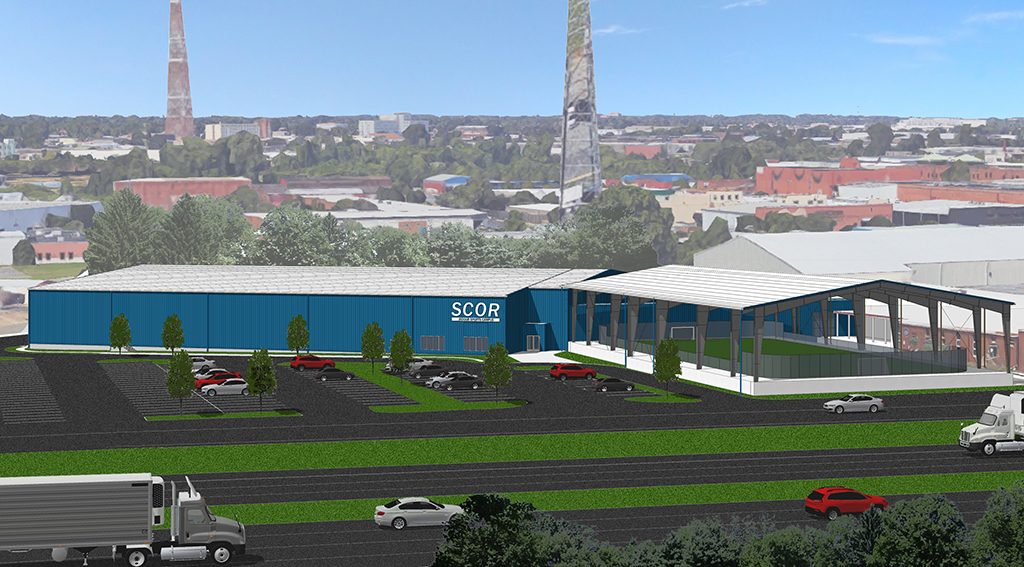 A rendering of the upcoming 50,000-square-foot steel building that will house two-and-a-half turf fields.

After a snow storm burst its bubble last winter, a sports facility near The Diamond is ready for a big comeback.

Site work is expected to begin this week at The Sports Center of Richmond – better known as SCOR – for a project that will increase the size of the complex by 30 percent, adding new soccer fields, new party and reception areas and a cover on its existing outdoor field.

The biggest piece of the upgrades will be the construction of a 50,000-square-foot steel building that will house two-and-a-half turf fields and replace the 31,000-square-foot inflatable dome that collapsed under the weight of the snow in January.

SCOR owner Mark Grossman, who opened the facility in 2006, said he considered just replacing the dome, but decided to go big with a project that will cost about $2.5 million.

“We made the decision to go for it all this time, rather than piecemeal it,” Grossman said. “It’s our 10th anniversary in December; we felt like it was time to improve the place. We’re hoping our customers will appreciate it.”

The new steel building will be constructed on the SCOR campus at 1385 Overbrook Road, next to its other steel building that was erected in 2012 and houses a full field and sports bar. The new structure will hold two full turf fields and a smaller field.

An open-air cover will be added atop the existing outdoor field, which faces I-95, and will allow the field to be more useful in bad weather.

Other additions will include a conditioned corridor connecting the new building to existing buildings and a green space between the buildings.

Grossman said his decision to go big was prodded in part by the current state of the lending market, in which he was able to get financing at favorable rates.

“With the lending environment the way it is and our business growing the way it has, we felt like the timing was right to go for it.”

SCOR has remained open since the collapse of the dome, but has been unable to use the full-size field that was underneath it.

Grossman said the plan is to have the new fields ready for play just before Jan. 1 and to have the entire project completed by no later than Feb. 1, barring any weather and construction-related delays.

That will make SCOR whole again after being down a full field because of the dome’s collapse. It has remained open despite that, shuffling the scheduling of its 150 adult teams in its soccer leagues and another 150 youth soccer teams, in addition to hosting dodgeball, kickball, Wiffle ball, lacrosse and other sports that pass through the facility.

Capstone Construction and the Schlosser Steel Company are handling the project. TowneBank is providing the financing.

The construction of the new building will also free up space in the existing building, where Grossman said talks are in the works with at least one tenant that will bring more entertainment to the site.