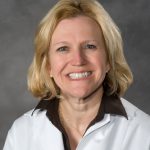 Richmond-based Nudge, a health tracking app, has begun offering a white label version of its services.

Tomeka Scott of Brandermill Woods was named the 2016 Virginia Health Care Association –Virginia Center Assisted Living Director of Nursing of the Year. The award recognizes an individual who demonstrates clinical expertise and leadership in providing quality long-term care in the state.

“Working Mother” magazine recognized Bon Secours Virginia as one of the 2016 “Working Mother 100 Best Companies” for creating progressive programs for its workforce, in the areas of advancement of women, flexibility, child care and paid parental leave.

VCU’s da Vinci Center has been accepted as an official partner of the European Innovation Academy – an international organization that advances worldwide innovation through the formation of international interdisciplinary student teams alongside corporate partners and venture capitalists.

Paul Nolde, NRV director of business development, is one of 48 University of Virginia alumni appointed to a commission by the university’s Board of Visitors to plan the school’s 200th anniversary next year.

The Richmond Division of Eastwood Homes constructed a ramp to improve the mobility of Petersburg Army veteran Rowena Carter. The newly constructed stable ramp stretches from Rowena’s entry door to the sidewalk in front of her home.

The Richmond Heart Walk, a local organization that supports the American Heart Association, raised $1,060,000 at its Oct. 8 walking event along West Creek Parkway outside Richmond.

McGuireWoods counsel Cristin Traylor has been reelected to serve as president of Nurture – a nonprofit organization dedicated to improving the health and wellbeing of Richmond’s childbearing families through fitness, education, social support and community engagement.

Brandermill Country Club celebrated its 40th anniversary with a sold out golf event and evening banquet for 200 of its members and guests earlier this month.  Mike Hatch, current owner and general manager hosted the event for members for new and long-term members during the event.

C. Jay Robbins IV, an attorney with Glen Allen-based C. Jay Robbins P.C., has been named a certified member of the Million Dollar Advocates Forum. Membership to the forum is limited to attorneys who have won million and multimillion verdicts, awards and settlements.

Julie Triplett, a Disability Rights Advocate with Richmond-based disAbility Law Center of Virginia, has been reappointed to the State Rehabilitation Council by Gov. Terry McAuliffe.

Marques D. Jones, a Henrico resident and manager of project management for Capital One, was appointed to the Assistive Technology Loan Fund Authority by Gov. Terry McAuliffe.

Clifford A. Roffis, an optometrist with Henrico-based Dr. Clifford Roffis & Associates and owner of Richmond-based Brook Run Vision Center, has been appointed to the state’s Board of Optometry by Gov. Terry McAuliffe.