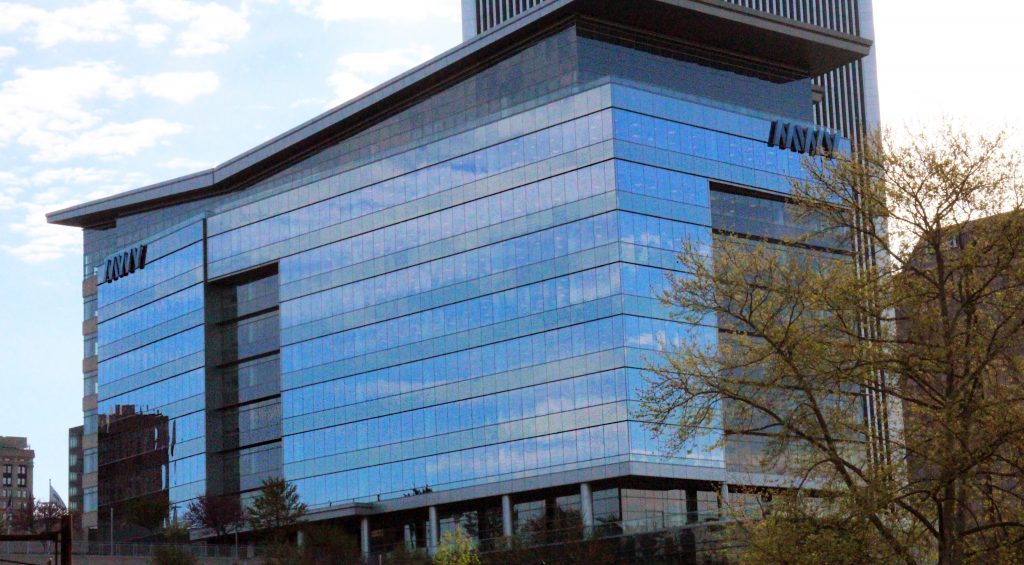 MWV signage has since been removed from the glass-paneled building, which remains the headquarters for WestRock.

CoStar Group, a publicly traded company that recently opened its first local office in Henrico, is set to fill the top three floors of the nine-story glass-paneled downtown building at 501 S. Fifth St., according to multiple sources with knowledge of the move.

The sources, who were not willing to speak on the record, said the company has been looking in Richmond for space ranging from 100,000 to as much as 230,000 square feet. The move is said to involve hundreds of employees.

Messages left Friday for a CoStar spokesperson were not returned.

WestRock put the space on the market for sublease in March, after the company consolidated its offices in the building following its formation last year through the merger of Atlanta-based Rock-Tenn Co. and fellow packaging giant MeadWestvaco. The original listing was for just the top two floors, totaling about 64,000 rentable square feet of space.

The listing was being marketed by Colliers International, with brokers Ken Campbell, Matt Hamilton and Kit Tyler handling leasing for the space. Tyler would not comment Friday on whether a tenant had been secured for the space.

WestRock leases the 310,000-square-foot tower from Select Income REIT, a Massachusetts-based real estate investment trust that purchased the building in 2013.

Chris Augustine, a WestRock spokesperson, said the company had no comment. 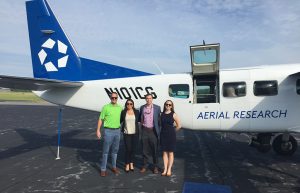 CoStar marked its arrival in late August with the help of its company plane. (Courtesy Costar)

CoStar entered the Richmond market last month with a lease for a 3,300-square-foot space in the Meridian Building at 1800 Bayberry Court, where it houses seven or eight employees. The company said at the time it has had Richmond-based users of its products going back 10 years and currently has about 365 paid subscribers in the Richmond area.

The global real estate research firm marked its arrival with the help of its company plane, which it used to get a bird’s-eye view of the local real estate scene. The move followed the opening of a Norfolk office in September – its first in Virginia.

It is currently ranked 11th on Forbes’ Most Innovative Growth Companies list, which showed its enterprise value at $6.6 billion as of May. Headquartered in D.C., the company trades on Nasdaq under “CSGP.”

CoStar’s arrival would fill a sizable hole in a downtown office market that has plenty holes.

Riverfront Plaza and the Bank of America Center, which were among a string of towers that changed hands in recent months, have about 250,000 and 120,000 square feet available, respectively, according to information from CBRE | Richmond. That’s in addition to the nearly 300,000 square feet available for lease at the three-building James Center complex, which went up for sale in September.

CBRE | Richmond’s office market report for the third quarter states that demand from out-of-town companies is expected to “be a significant driver of future demand.”

“Richmond’s underlying fundamentals remained healthy as the broader market benefited from robust tenant demand,” the report says. “While this surge in out-of-market activity will likely taper in coming months, we anticipate elevated out of market interest in Richmond which has become an increasingly competitive alternative to higher cost markets.”

“This was largely due to the continued decline of asking rents in Richmond’s soft CBD market where large holes are pressuring landlords to lower rents to attract tenants,” the report states.