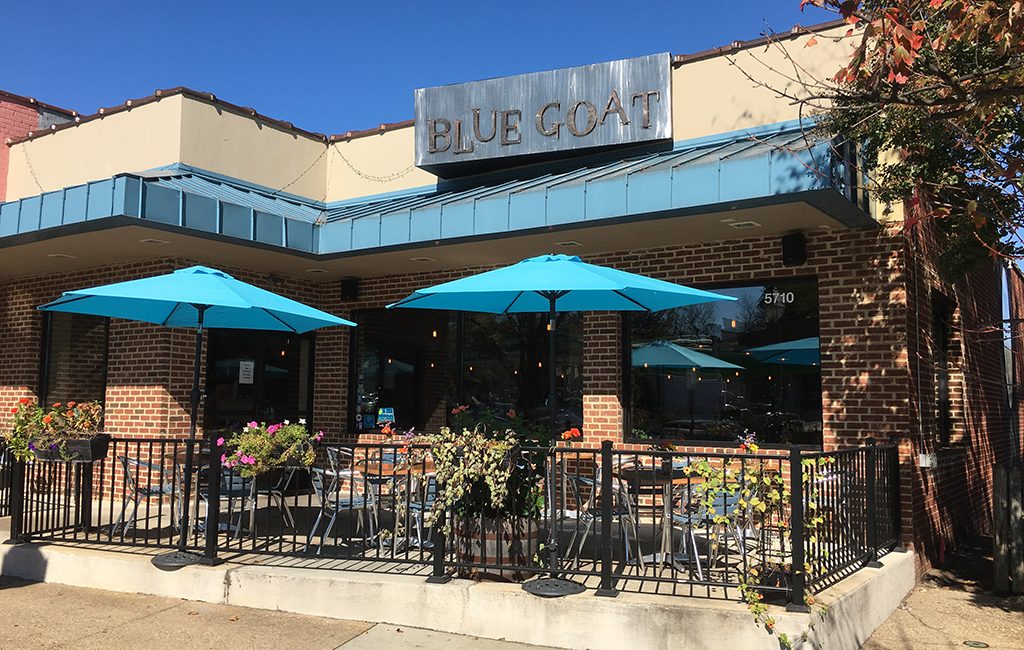 The Blue Goat restaurant at 5710 Grove Ave. in Westhampton will close temporarily and be overhauled to become a Chinese restaurant called Beijing on Grove. (J. Elias O’Neal)

What was old is now new again for a Westhampton restaurant.

Beijing on Grove is a throwback to the early 1980s, when Tsui’s father took over Peking, a popular Chinese restaurant that operated in the same space and became affectionately known in the neighborhood as Peking on Grove.

“We served Chinese food,” Tsui said. “At the time there were about six other Pekings in the area, but we were known for being the best one, so people started calling it Peking on Grove.”

Beijing on Grove could be operational by mid-January 2017, he said.

He said the team, which will be led by Fei Zhou, head chef at Tsui’s Fat Dragon Chinese Kitchen and Bar on Boulevard, is developing a menu for Beijing on Grove.

Tsui said the restaurant will take many of Peking’s classic Chinese recipes and enhance them to be more modern and appealing to customers, including its Peking duck dish.

Peking was established in 1977 by restaurateurs Michael Kuo and Dick Du before Kuo sold the establishment to Tsui’s father.

The Peking on Grove closed in 2009 after 32 years in business – ultimately paving the way for Tsui and his restaurant group to open Blue Goat in 2011.

Tsui decided to name the restaurant’s next incarnation Beijing on Grove versus Peking because the two names have been interpreted differently by English and Chinese speakers.

“I just wanted to get it right,” Tsui said of Beijing’s pronunciation. “People have been calling it Peking for years, when it’s actually meant to be called Beijing.”

With the Blue Goat concept being sent to pasture, Tsui said getting Beijing on Grove open brings his restaurant career full circle.

“This is where it really all began for me,” Tsui said. “I was a busboy, dishwater, waiter…I learned the restaurant trade while being here with my dad. Being able to open Beijing on Grove on the 40th anniversary (for Peking) is really exciting.”