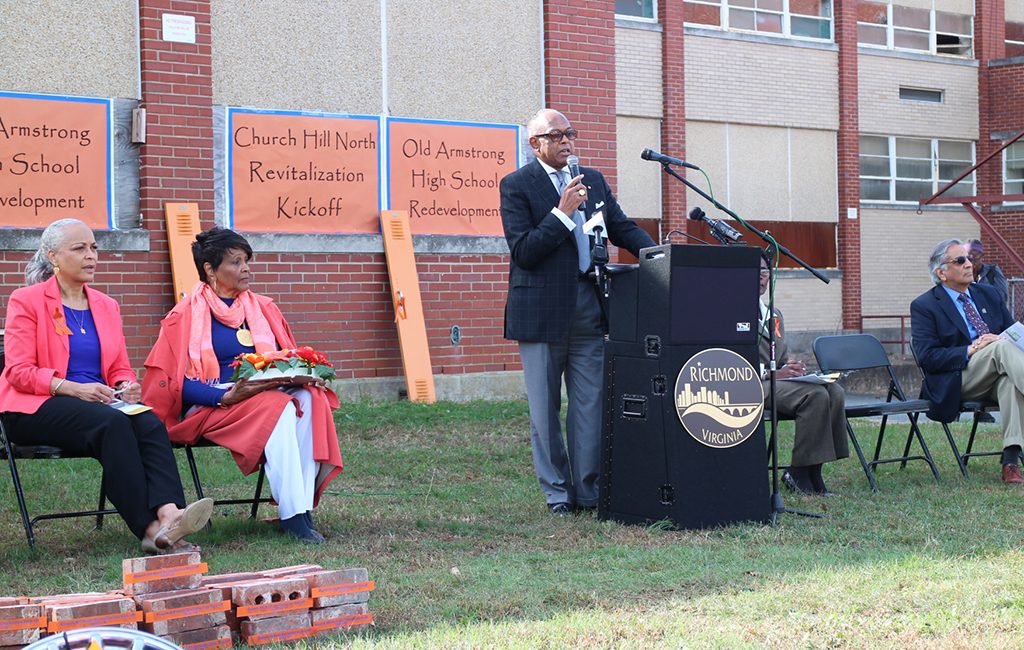 Ten shovel scoops of dirt signaled the start of the planned conversion of a former East End high school into mixed-income housing.

A crowd of city officials, community supporters and alumni of the old Armstrong High School converged on the nearly 22-acre site along North 31st Street near Nine Mile Road for a ceremony Monday to mark the beginning of construction of Church Hill North, a redevelopment project several years in the making.

Plans call for replacing the school with a 256-unit subdivision to be developed in five phases. Construction on the first three phases, totaling 175 mixed-income and senior housing rental units, will begin next summer and is scheduled for completion by fall 2018.

The site would consist of a mix of residential units, including one-story bungalows, two-story single-family detached homes, duplexes, townhomes, two- and three-story stacked flats, and three-story apartment buildings for seniors. The remaining two sections would be completed in 2019.

The public-private project is being spearheaded by the Richmond Redevelopment and Housing Authority and Boston-based nonprofit developer The Community Builders, which are also working to revitalize nearby Creighton Court – a 30-acre public housing complex that is slated to be revamped with mixed-income housing. 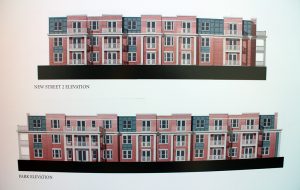 That effort would involve the one-for-one replacement of the 504 public housing units in Creighton Court and the addition of about 1,000 market-rate homes targeted to lower-income residents.

Demolition of the school is set to start in mid-November, once certifications needed for asbestos abatement and other environmental work are finalized. Pennsylvania-based contractor Safeco Environmental is doing the work, which is expected to last three to four months.

Robert Fossi, regional vice president of development for The Community Builders, said infrastructure work would then start on the site, where vertical construction could start as early as next summer. The firm has not yet selected a general contractor for the project, which Fossi said has involved cost estimating from KSB, master planning and engineering services from Timmons Group and design work from Maryland-based Torti Gallas and Partners.

In addition to the residences, Church Hill North is planned to include a 20,000-square-foot community center and a memorial garden. An additional 1.2 acres would be reserved for open space and playgrounds.

Representatives for The Community Builders have said the two projects could take between eight and 10 years to complete, at an overall cost of more than $100 million. 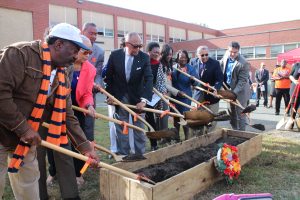 The groundbreaking ceremony marked the start of the project’s site work.

Noting city and state funding through the Virginia Housing Development Authority and other funding sources, Jones told the crowd: “Our city and our state can’t get this done alone. We need persons who are in the business community to help us get it done.

“City dollars alone will not make this transformation happen. We’re going to need businesses and philanthropists to help us get this job done.”

After the ceremony, Jones elaborated on his call for support from the business community, noting a former Ukrop’s executive’s plans for an East End grocery store at Nine Mile and North 25th Street as an example.

“We have one of the biggest public housing communities on the East Coast,” Jones said. “We’re starting with Creighton, but all of them need to go.

“It would benefit businesses to eradicate poverty. When our poverty is eradicated, our ratings on Wall Street go up,” Jones said. “A good quality of life is in the best interest of business.”