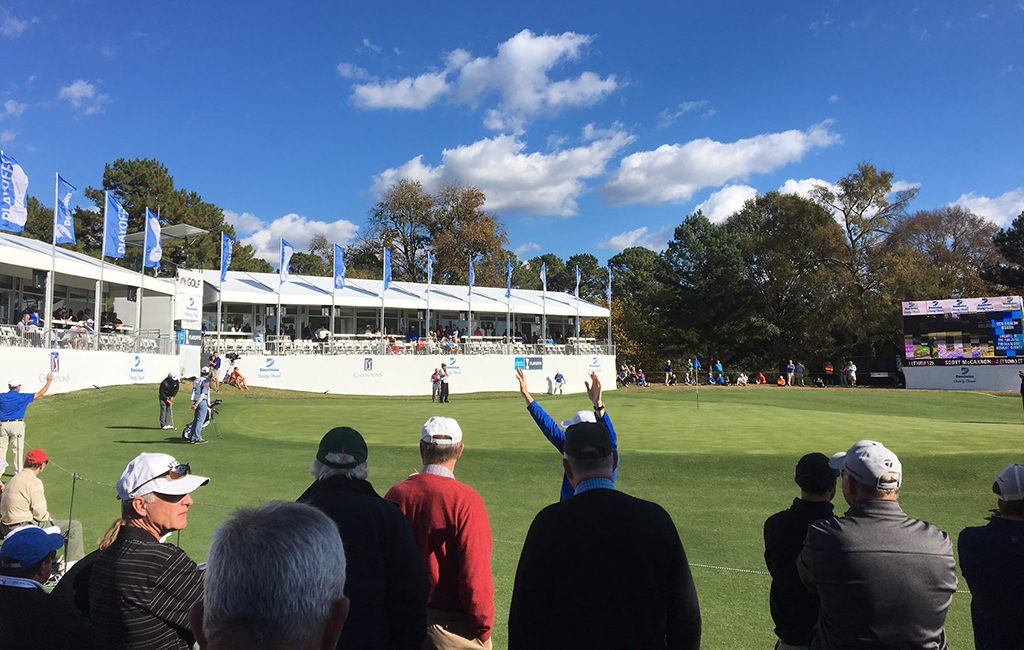 The Dominion Charity Classic was held this weekend at the Country Club of Virginia’s James River Course. (Michael Schwartz)

Professional golf’s return to Richmond was capped off Sunday with some drama on the green.

The inaugural Dominion Charity Classic, a PGA Tour Champions event held this weekend at the Country Club of Virginia’s James River Course, was decided by a 10-foot putt sunk on the first hole of a playoff between Scott McCarron and Tom Byrum.

McCarron, the victor, is now tied for second in the standings for the Charles Schwab Cup, a three-tournament playoff series, of which the CCV event is the second.

The overtime dramatics send the top 36 players off to Arizona to play for the final purse of $2.1 million and set the stage for the Dominion Charity Classic’s planned return to Richmond for at least the next three years. 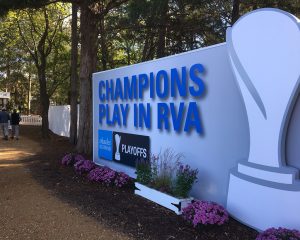 The Dominion-anchored Richmond event was a three-day, 54-hole tournament with a $2 million purse. (Michael Schwartz)

PGA Tour Champions is the new brand of what used to be the Senior PGA and then the Champions Tour, which features well-known pros over the age of 50 such as Bernhard Langer, Colin Montgomerie, Jesper Parnevik, Fred Couples, John Daly and others.

The Dominion-anchored Richmond event was a three-day, 54-hole tournament with a $2 million purse – $305,000 of which goes to the winner.

The week’s events began with two days of pro-am rounds giving sponsors and their guests a chance to play with the legends. In addition to Dominion, sponsors included Bill Goodwin’s Riverstone Group, TowneBank and VCU Health.

Those main sponsors, as well as other big Richmond corporate names such as McGuireWoods and Markel, enjoyed luxury boxes overlooking the 18th green throughout the event.

In case you missed it Friday, here’s a Q&A with PGA Tour Champions President Greg McLaughlin, which delves into how and why the tournament landed in Richmond. 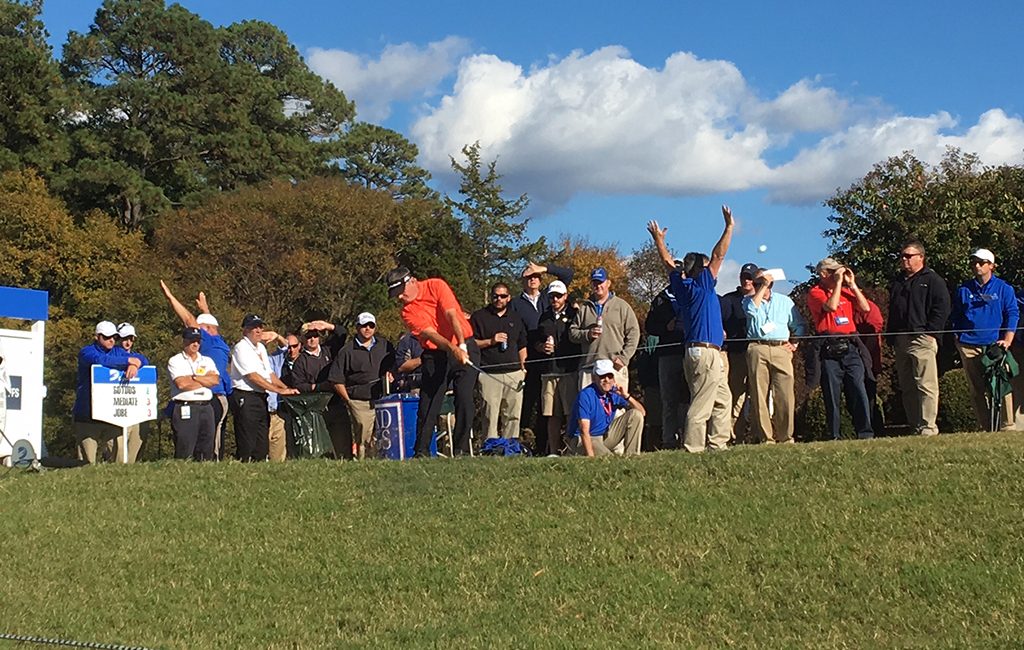