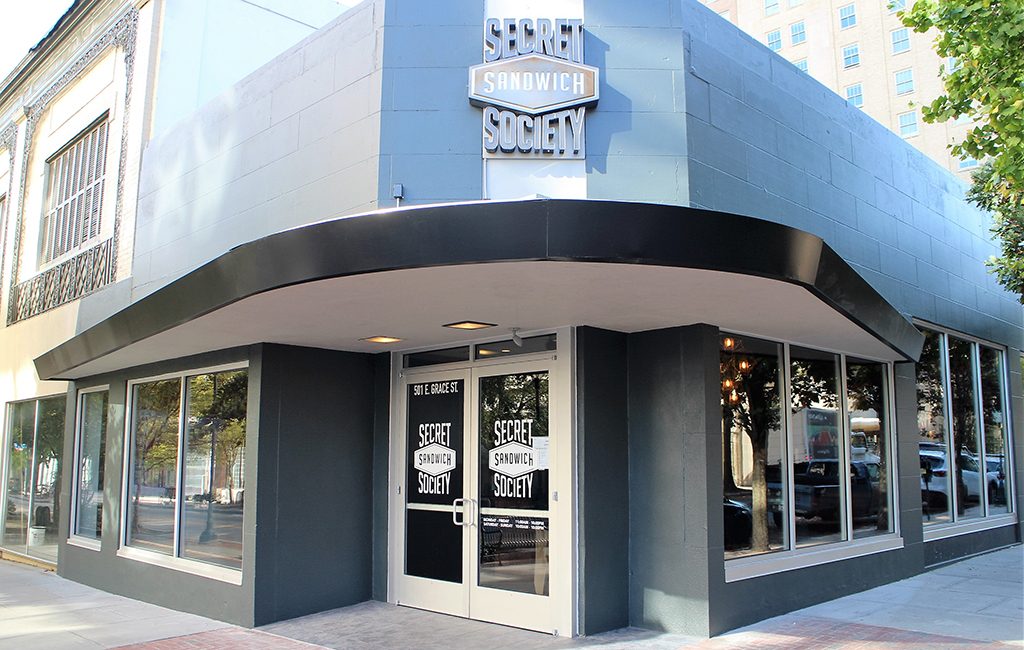 What was once a secret is no more.

“We’re hoping to open by Wednesday,” said Bailey, who owns the restaurant with his wife Tashia. “That’s a tentative date, but we’re hoping we’re going to be able to open by that time.”

The 3,200-square-foot restaurant will seat about 108 patrons, Bailey said. It will employ about 40 full- and part-time staff, including cooks, wait staff and management. 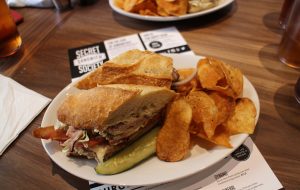 Secret Sandwich Society will serve a full menu for lunch and dinner that includes a variety of burgers, sandwiches and salads. The restaurant will also serve a number of sweet and savory snacks and desserts, such as its signature key lime pie, pimento cheese fries and salted caramel chocolate tart.

The restaurant will also have a bar that will serve craft brews from regional and state breweries.

It was during a trip to Richmond two summers ago that the couple decided to take the leap into the Arts District’s burgeoning dining scene.

“We had come to Richmond before to hang out and eat,” Bailey said. “We were walking down Grace Street and saw this place…the sun was set nicely on the front of the building, and that’s when we knew we needed to be here.”

They join a number of newly established restaurants along that stretch of East Grace, including Wong Gonzales, Rappahannock and Pasture.