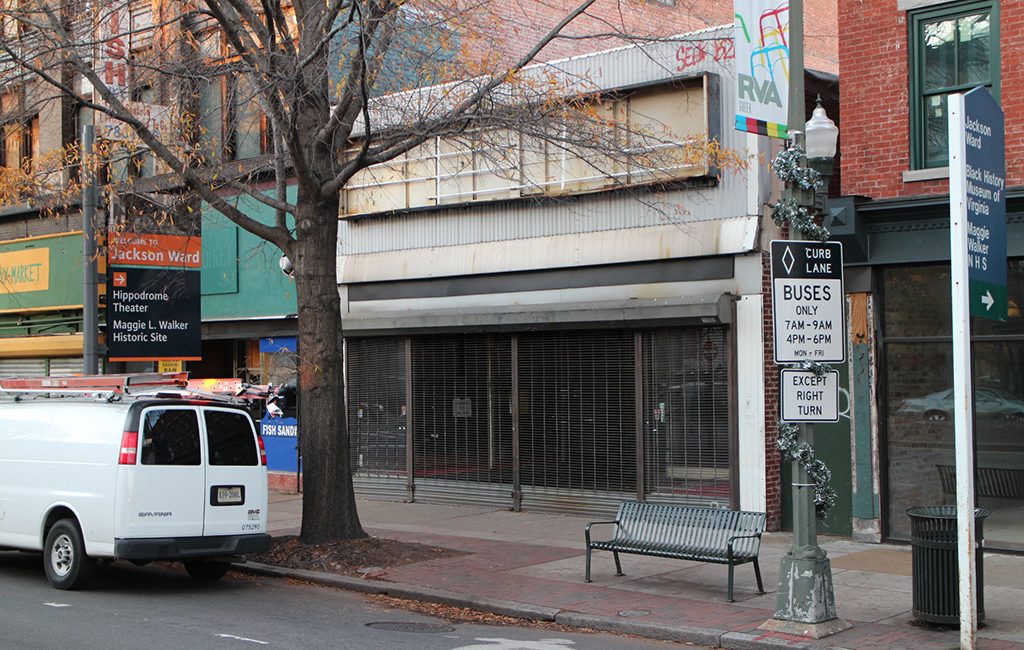 More notable property transfers are mounting around East Broad Street and Jackson Ward as development interest in the area continues to grow.

But brokers and developers behind many of the latest deals remain quiet about their plans for their newly acquired spaces.

The principal office of the building’s new owner is listed as the headquarters of Richmond-based Aspire Property Management – the company that owns and manages the Atrium on Broad apartments across the street at 115 W. Broad St.

Aspire officials declined to comment on the transaction Thursday afternoon, and referred all questions to Justin Paley, a broker and developer with Richmond-based Dodson Property Management.

Paley did not return a call for comment Thursday afternoon.

No plans for the property have been filed with the city.

The recent transaction is the latest on a block expected to see big changes over the coming years.

The new owners of 206 E. Broad St. bought into a block that’s dominated by a single landlord. There are seven buildings housing 10 storefronts that front Broad Street on the block bounded by Second and Third streets. Washington, D.C.-based Douglas Development owns four of those buildings, comprising eight storefronts at 200, 202, 204, 208, 210, 212, 216 and 224 E. Broad St.

The remaining buildings on the block – mostly closed-down clothing stores and restaurants – are owned by small, out-of-the-area entities. 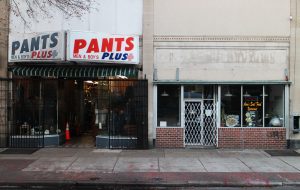 Rubenstein LLC still owns the building at 216 E. Broad St., and Bhagwan & Michelle Jiandani of Goochland County are listed as the owner of 214 E. Broad St., according to city property records.

Neither Rubenstein LLC nor the Jiandani’s could be reached for comment Thursday evening about whether they may plan to sell their properties on the block given recent activity.

Meanwhile, a couple of blocks northwest on Marshall Street, a local development arm has quietly been assembling parcels.

Genesis works in historic restorations and new construction. Some of the firm’s notable projects include a $9 million upfit of the American Heritage Building on Main Street, and the IronHouse Condo and Apartment project near VCU.

The team closed on the W. Marshall site Nov. 14 for $425,000, according to city property records. It’s covered mostly by a surface parking lot and also houses a small garage.

The purchase gives Genesis’ development arm control of five contiguous lots – 0, 2, 4, 6, 8 W. Marshall St. – that total about an acre. The team is calling the assemblage of parcels “2 Marshall St.”

Right now, Hunt said the site will remain as parking, but he said the firm is mulling what best course of action to take with the property.

“We don’t know at the moment,” Hunt said. “We know there is a lot of momentum in the neighborhood…a lot of things seem to be happening. But right now, we’re trying to determine what to do, which could involve even selling the property.”

Appetite from investors has been steady in the surrounding neighborhood, especially a 10-block stretch of Broad Street between North Belvidere and the Greater Richmond Convention Center.

Other recent nearby transactions include the sale of the Harvey’s Progressive Barbershop building at 22 E. Broad St. 22 E Broad LLC was the buyer in that Oct. 14 sale, paying $345,000, according to city records.

An application submitted to the city’s Commission of Architectural Review outlines plans for the former barber shop that includes converting the bottom level into retail space, and converting some of the upstairs units into apartments.

And more purchases are pending.

And Bacharach’s Jewelers at 111 E. Broad St. is set to leave the block and has listed its building for sale at around $449,500. Brokers Ann Schweitzer and Tom Rosman of One South Commercial are handling that listing.

There’s a lot of money chasing deals now. This stretch of East Broad Street has been ripe for the smaller investors who are more hands on. Independently managed and owned boutiques and restaurants will still prevail on the street fronts and newly sculptured apartments will be available up and down the corridor. There’s a breath of fresh air returning to downtown. Meanwhile, it’s encouraging to see the new city plan for the area on each side of The Boulevard and West Broad Street at Scotts Addition. That location is too strong for the current proliferation of one story buildings and… Read more »

A lingering question I’ve had is what happens to the people who shop at these stores? I am fearful this will only breed more racial divide in this city.

I think that stopped being a fear 3 years ago and is a full on reality now. Seems Richmond’s poor black community has no place in “developers” vision of the future.

Indeed. I’ve lived in Jackson Ward for about four and a half years and basically all the businesses I’ve seen close have been black owned (with a few being other non-whites) and have been replaced almost entirely with white owners and clientele. It wouldn’t be so bad if the previous owners weren’t the same people who were a part of this neighborhood for the decades that it was struggling. The people who own all the new stores popping up have every right to be there (and they sell great food, drink, and goods), but it’s ridiculous that it’s allowed to… Read more »

As a resident of this area and investor in Pop’s on Grace, a neighborhood cafe, I am grateful for the interest in the respectful revitalization of an architecturally stunning district. It has been difficult to get developers to understand that residents and those who are employed downtown are in need of “practical retail”. We have the “parking problem” solved and we’re interested in walkable shopping for everyday life that’s affordable ( City Target, Home Goods, H&M etc. ) There are approximately nineteen hotels in a mile radius and travelers are looking for walkable shopping as well.High-end boutiques get attention and… Read more »