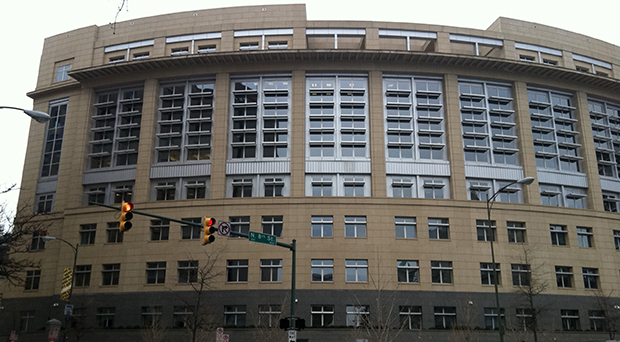 A pair of local businessmen – one an insurance agent accused of bilking victims through a supposed nonprofit financial academy, and the other an investment advisor charged with skimming from his clients’ accounts – each pleaded guilty this week to separate, unrelated sets of federal criminal charges.

On Wednesday, Larry Jay Horsey of Chesterfield pleaded guilty to a scheme that defrauded nine investors out of a combined $1.9 million, according to court documents and an announcement from the U.S. Attorneys Office.

Horsey, a 41-year-old licensed insurance agent, ran Heroes Academy, a nonprofit he founded as a financial education school and financial management company. It touted a desire to make “debt-free millionaires” in classes that stressed the importance of saving money, court documents show.

Prosecutors say Horsey presented himself as a financial advisor and ran financial planning seminars in Virginia and North Carolina. Over the course of nearly four years he convinced nine individuals to open what they believed would be investment or savings accounts, using annuities or Roth IRA through Heroes Academy.

Horsey admits to then using those clients’ funds for his own use, including vacations to Florida and Hawaii, traveling to sporting events and supporting a local semi-pro football team.

Court records state he tried to cover his tracks by creating fake documents made to look like they were from banks, the IRS and financial firm Athene Annuity, the latter of which sued Horsey in federal court earlier this year. He also created a fake website that allowed his clients to login and view their supposed investment accounts.

He pleaded guilty to mail fraud and engaging in transactions with funds derived from unlawful activities. He agreed to pay full restitution of at least $1.92 million of assets.

Horsey is represented in his case by local attorney John Luxton, who said he could not comment on the matter.

On Tuesday, Richmond investment advisor and broker-dealer Troy Baldridge pleaded guilty to embezzling more than $500,000 worth of client funds, according to court documents.

Baldridge, 48, was most recently a senior vice president of Glen Allen-based Managed Funds. FINRA records show he also worked for locally based Capitol Securities Management from 2007 until this summer, when he was fired by the firm after allegations of check fraud.

He also previously worked for Anderson & Strudwick, a former downtown financial firm that’s since been bought out.

Baldridge’s scheme, according to court records, ran from 2011 through this summer and involved skimming from client accounts on at least 15 occasions. His efforts included forging client signatures, lying to and avoiding clients when asked about suspicious transactions, and taking advantage of clients who did not pay close attention to their accounts.

He pleaded guilty to mail fraud and agrees to pay full restitution.

Baldridge is represented in the case by local attorney Bill Dinkin of Stone, Cardwell & Dinkin.

“He’s a good man who is devoted to his family,” Dinkin said of his client. “This comes as quite a shock to those who know him.

“He made some bad decisions and is extremely remorseful for what he’s done. He looks forward to the opportunity to make his victims whole.”

Dinkin corrected the U.S. Attorney’s press release, pointing to the fact that the total loss for restitution in Baldridge’s case is $507,000, as opposed to the $540,000 initially publicized.

They both face a maximum of 20 years in federal prison and fines of $250,000, but their sentences will be decided by Judge Henry Hudson in Richmond federal court.

Dana Boente, U.S. Attorney for the Eastern District of Virginia, is prosecuting both cases.

The FBI and U.S. Postal Inspection Service investigated both cases, and the IRS also was involved in Horsey’s case.

Elsewhere in Richmond, the widow of a local investment banker is suing her former investment advisor for allegedly stealing millions of dollars that she entrusted to a family friend following her husband’s death.