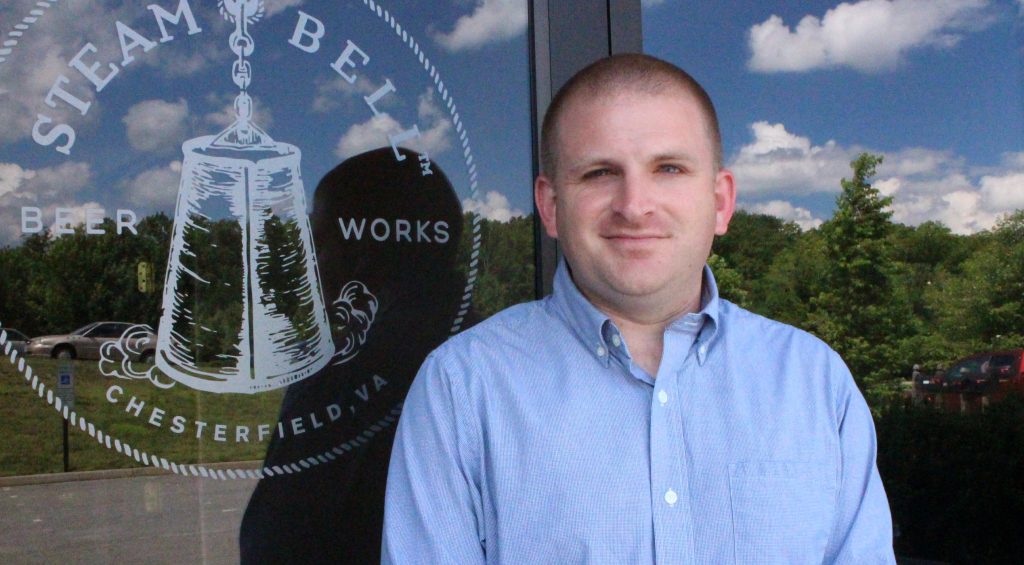 A startup brewery in Midlothian is looking to fill its cup with some extra cash.

The filing was made by Brad Cooper Enterprises, named for Steam Bell founder and head brewer Brad Cooper.

Cooper would not disclose how the money would be used once raised.

“We aren’t currently at liberty to give any specifics on our capital raise,” Cooper said in an email.

Steam Bell opened in summer 2015 in 6,000 square feet of warehouse space at 1713 Oak Lake Blvd. in the Oak Lake Business Park in Midlothian.

The facility serves as its production and distribution facility, and also plays host to a small tasting room with live entertainment. Since launching, the brewery has gained some regional notoriety for its brown ales and saison-style beers.

The company is seeking a minimum investment of $20,000 from outside investors, who will be given equity in the company in exchange for their funds, the filing states.

Steam Bell is one of two breweries in Chesterfield County, joined by an in-house brewery at Extra Billy’s Smokehouse at 1110 Alverser Drive.