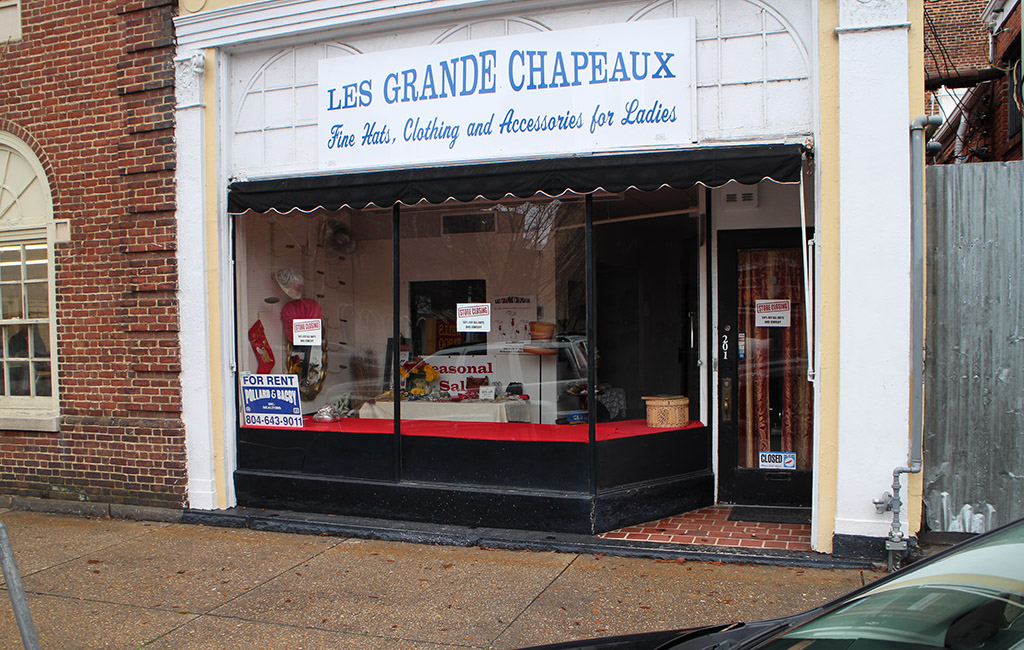 A downtown shop that for more than 15 years had a niche of selling women’s church hats has shut down.

Owner Earnestine Locke died in July 2015. Her husband managed the business through the end of last year, while also working as a home inspector, said Tony Rolando, a real estate broker with Pollard & Bagby who is marketing the storefront.

The shop was known for its women’s church hats, known colloquially as church crowns, many of which Locke made herself.

The 900-square-foot storefront, near the corner of East Grace and North Second streets, is available for lease.