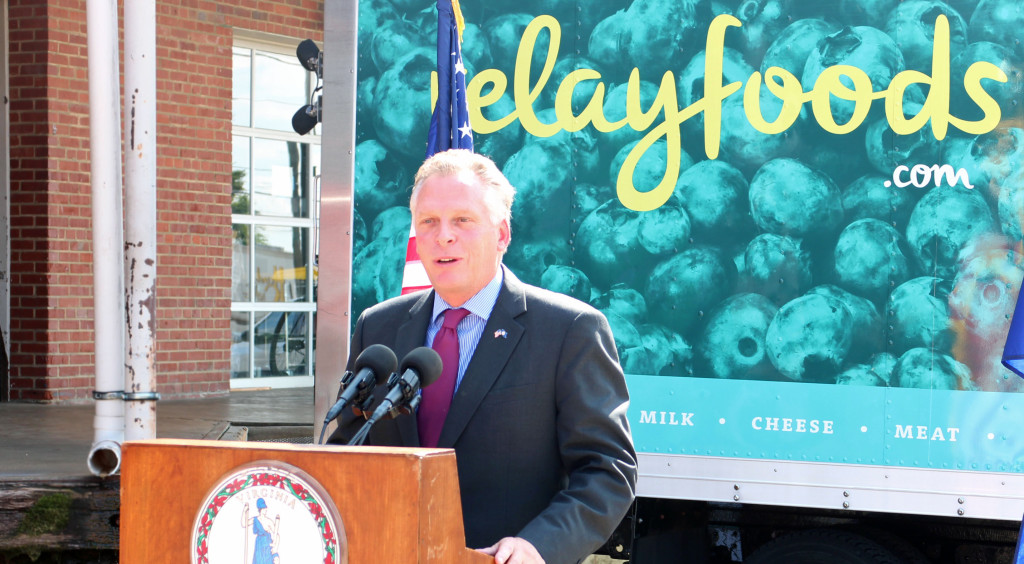 Editor’s note: This story has been updated to include a comment from Door to Door Organics, which was received after the story went to press.

An online grocer in the midst of shutting down its Richmond and Charlottesville operations will have to repay previously awarded government grants as a result of the closures.

Relay Foods is on the hook to pay back a total of $100,000 in grants – $50,000 to the state and $50,000 to the City of Charlottesville. Those obligations came to light this week after the company announced it will be dissolved into Door to Door Organics, another online grocer with which it merged last summer.

Relay received the grants in 2014 with plans to expand its operations and create jobs in its warehouses in Charlottesville and Richmond.

Gov. Terry McAuliffe and former mayor Dwight Jones announced at the time that Relay would qualify for $200,000. That was to include two $50,000 awards from the Virginia Department of Agriculture and Consumer Services for warehouses in Richmond and Charlottesville. Those state funds were to be matched by the respective cities.

VDACS spokeswoman Elaine Lidholm said the agency never distributed funds to Relay for the Richmond location, but did distribute funds for the Charlottesville warehouse. The firm will have to repay those funds to VDACS and Charlottesville. 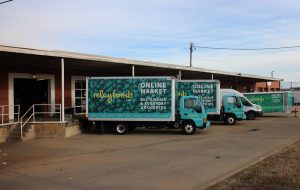 The state grant was distributed through VDACS’ Agriculture and Forestry Industries Development Fund. The agreements were incentive-based, and since Relay did not achieve the milestones, it must repay the money.

“We will pursue a clawback of AFID funds for their Charlottesville location,” Lidholm said. “The company’s been very cooperative, and we don’t foresee any problems. We heard from (Relay) that they have set aside funds for a full repayment.”

Lee Downey, director of the Richmond Department of Economic and Community Development, which is responsible for granting such funds, said the city didn’t give Relay the full $50,000 because the company failed to reach certain milestones.

“Last year they informed us that, because of a change in company leadership, they wouldn’t be pursuing that grant,” said Downey, adding that Relay received $5,000 from the city of Richmond, for its warehouse being located in an enterprise zone.

Chris Engel, director of Charlottesville’s economic development department, said Relay is due to repay most, if not all, of the funds for failing to meet the provisions of the performance agreement. He said the city scheduled a call with Relay on the matter later this week.

The Relay Foods brand will cease operating Jan. 15, however Door to Door Organics will offer a similar service in many markets it served, including Richmond.