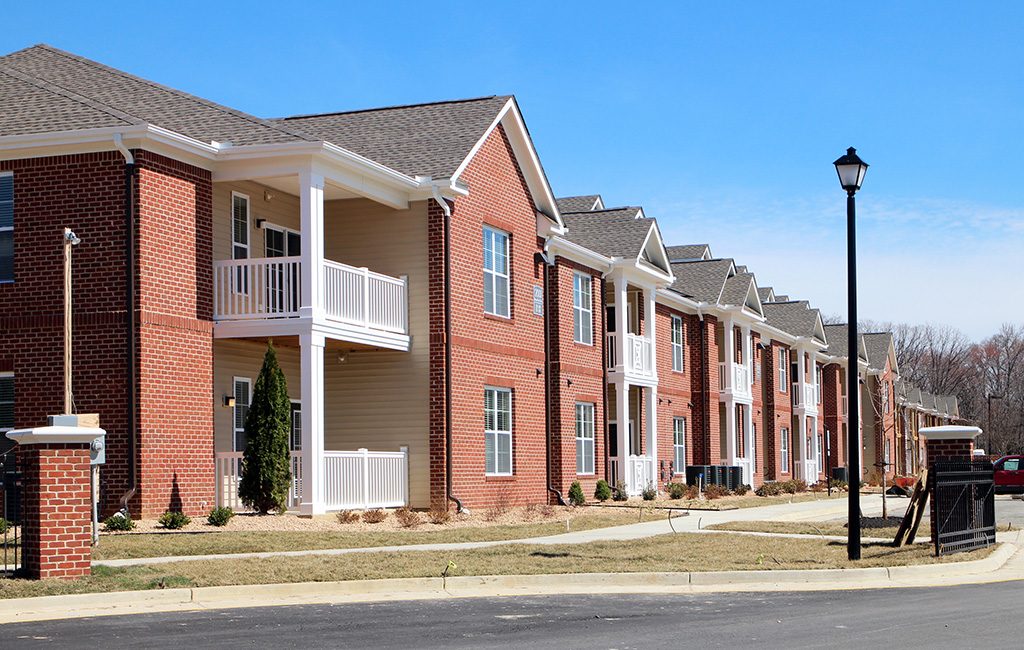 The apartments will be comparable to the Clairmont at Chesterfield Apartments, which Kotarides built in 2015. (Katie Demeria)

A 1,000-home development planned near a local mall has a builder lined up for its first multifamily section.

Kotarides paid $6 million for the tract, identified in the community’s site plan as a section slated for apartments along a future extension of Woodman Road. The deal closed Dec. 29, according to a county property record.

The record shows Kotarides purchased the land through 2352 LLC.

Kotarides builds and manages primarily multifamily residential developments, along with some single-family communities. Its portfolio includes more than 4,200 apartments in Hampton Roads, Raleigh-Durham and Richmond.

Locally, it built the 368-unit Clairmont at Chesterfield Apartments off Robious Road in 2015, and it is building nearly 200 townhomes near the SunTrust building on Parham Road in Henrico and 238 apartments and retail space along West Broad Street in the city. 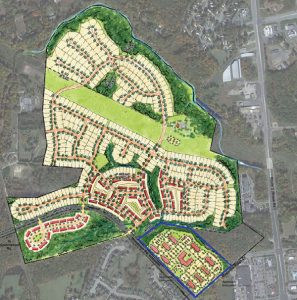 River Mill is approved for 285 apartments, all of which will be built on the Kotarides site, said partner Pete O. Kotarides. The company will own and manage them once finished.

Unit sizes will range from one to three bedrooms and 750 to 1,300 square feet. Rents will be determined once designs are completed, Kotarides said. Amenities will include a pool, clubhouse, fitness center, playground and park areas.

Kotarides said the apartments will be comparable to the Clairmont at Chesterfield, with some updates.

“We strive to complement the community where the homes are being built,” Kotarides said. “We update the homes and amenities to include the latest features that are in demand by our customers.”

In addition to the apartments, River Mill will also consist of 300 townhomes, 50 single-family homes and 400 zero-lot-line homes, meaning detached single-family homes built close to the edge of a lot. The sizable community was proposed a year ago and won county zoning approval in April.

HHHunt, based in Blacksburg, has developed several master-planned communities in the Richmond area, including Twin Hickory, Wellesley, Wyndham and Wyndham Forest in Henrico. Other developments in that area include the 82-unit Townes at Woodman townhomes and a 260-home extension of HHHunt’s Holloway at Wyndham Forest.

Last year, HHHunt said it would build the apartments itself through its multifamily construction arm, HHHunt Apartment Living, and that rents would range from $780 and $1,500 per month. Attempts to connect with HHHunt for comment were unsuccessful Wednesday.

Kotarides said the apartments will be the company’s fourth project in Richmond and its first opportunity to work with HHHunt, which he said it was connected with through Bob Porter of Porter Realty.

“Once HHHunt had gotten far enough along in the approval process, we continued our discussions and struck a deal,” Kotarides said.

HHHunt Homes will be one of four builders for the rest of River Mill. The other builders on the project have yet to be announced.

Development is scheduled to start this spring, with home construction starting with the apartments this fall. The first homes are to be occupied early next year.

Hanover County, just to the north, has built a virtual wall to hinder the construction of Class A apartments which are literal cash cows for the jurisdiction in which they are built. Henrico becomes the beneficiary of this political blindness on Hanover’s part. Kotarides is a quality builder and manager for long term holds. One has to wonder though why HHHunt didn’t pursue the development themselves.

Actually, Bruce, just east of 95 and off of 301, HH Hunt has built very nice homes in Hanover County within Rutland as well as Cool Spring ranging from townhomes to zero lot line to single family. I have no vested interested in HH Hunt but have been a serious follower of them while we consider downsizing in a year or two. I agree there are “oddities” about Hanover County that can often be a tough pill to swallow for residents (I live just outside of Mechanicsville) but am thankful there are builders as popular and attractive as HH Hunt… Read more »

I hope this change does not hinder the potential for the development of a trail network in that area. I appreciate the commitment that HHHunt has made to multi-use trails to connect to the planned Greenwood Park nearby. Trolley Line Trail is a possibility too.

I’ve been following River Mill’s development with great interest, Philip as I, too, am seriously interested in downsizing to a pedestrian and bicycle friendly community, preferably with a trail system. I also hope that HH Hunt keeps moving forward with their proposed trail infrastructure highlighted on the community’s webpage – http://www.hhhuntcommunities.com/river-mill/community-overview.html

The last thing that area needs is 1000 homes/apartments. 1400 when you include the approved development on Cedar (2 miles north).