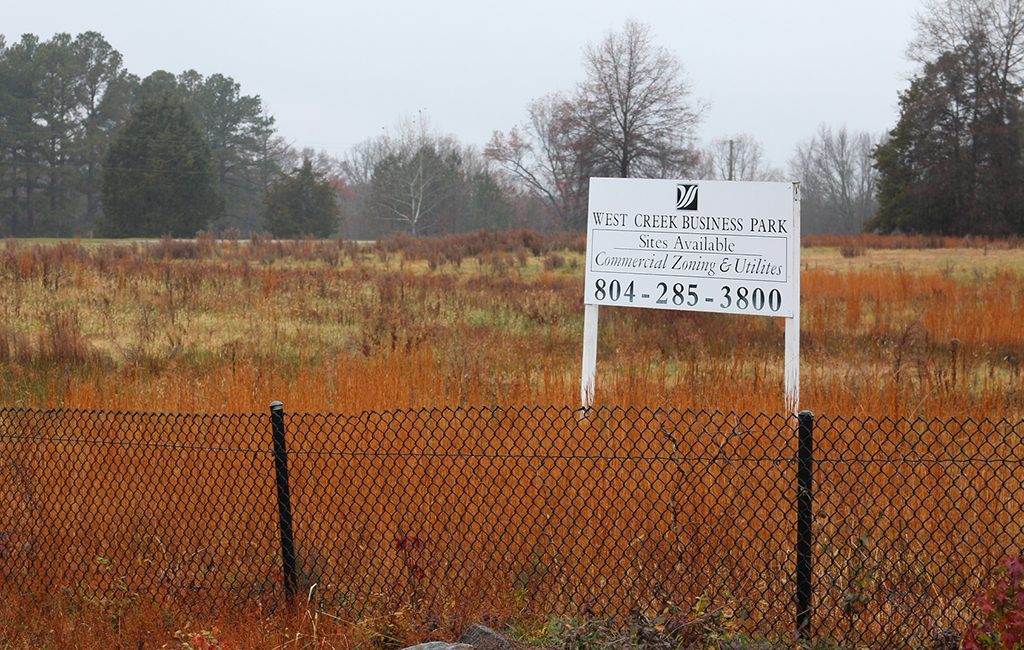 The site of the former Oak Hill Golf Course, where a barn and two silos were razed to make way for a planned retail component for West Creek Business Park. (Jonathan Spiers)

A retail center planned for West Creek Business Park will take two more months before it gains any traction.

Following a two-hour public hearing earlier this month, The Pruitt Cos. asked the Goochland County Planning Commission to defer for 60 days a decision on its proposed mixed-use development on the site of the former Oak Hill Golf Course, along Patterson Avenue just east of the Route 288 interchange.

The additional time will allow the developer, which owns and operates West Creek with Bill Goodwin’s Riverstone Group, to hold a second community meeting to address questions and concerns of nearby residents, said Thomas Pruitt, a principal with The Pruitt Cos.

“We want to be able to have another community meeting to re-present the case to the citizens,” Pruitt said. “They had some good comments, so we’re going to go back and put something together that simply lays out what we’re doing.”

Pruitt said there was no particular question or concern that prompted the deferral. He said the complexity of the case caused confusion, because the project requires rezoning, an ordinance change and a proffer amendment. The amendment would eliminate a provision restricting retail development within 1,000 feet of Patterson Avenue.

“Because of the way the county’s got to present it, they have to present each one separately, (and) they all need to be done concurrently,” he said. “What we want to do is simply paint a picture of what we’re doing, and I think that can be better done at a community meeting where we can have people come in and ask us questions on the fly.”

Pruitt said a date is not set for the meeting, and that an initial meeting drew about 30 attendees. 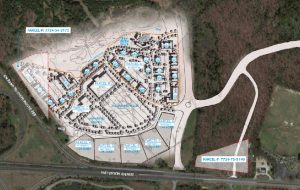 “I’m sure there are things that are going to come out of this community meeting that we probably need to look at,” he said. “We want to get everybody comfortable so when we go to the planning commission, hopefully we better present the case for the zoning ordinance amendment and proffer amendment.”

The changes would allow for a retail and multifamily mixed-use development on the 50-acre golf course site. The Henrico-based developer looks to add two parcels totaling 7.6 acres to the business park, and rezone them to allow for up to 150,000 square feet of retail space and a multifamily component.

The development, early in its design, would be anchored by a grocery store with some strip retail and outparcels for additional shops and restaurants. Pruitt has said the retail would serve homes and businesses that are adding to the business park and surrounding area.

The request originally was scheduled for the commission’s December meeting, but was removed from the agenda due to a public notice error. Attorney Preston Lloyd with Williams Mullen is representing The Pruitt Cos., which is making the request through its PWC Properties LLC.

The company recently cleared the property for the project, removing a barn and two silos that marked where the golf course operated until the late 1990s. Pruitt said the structures were demolished due to safety concerns with people accessing the property.