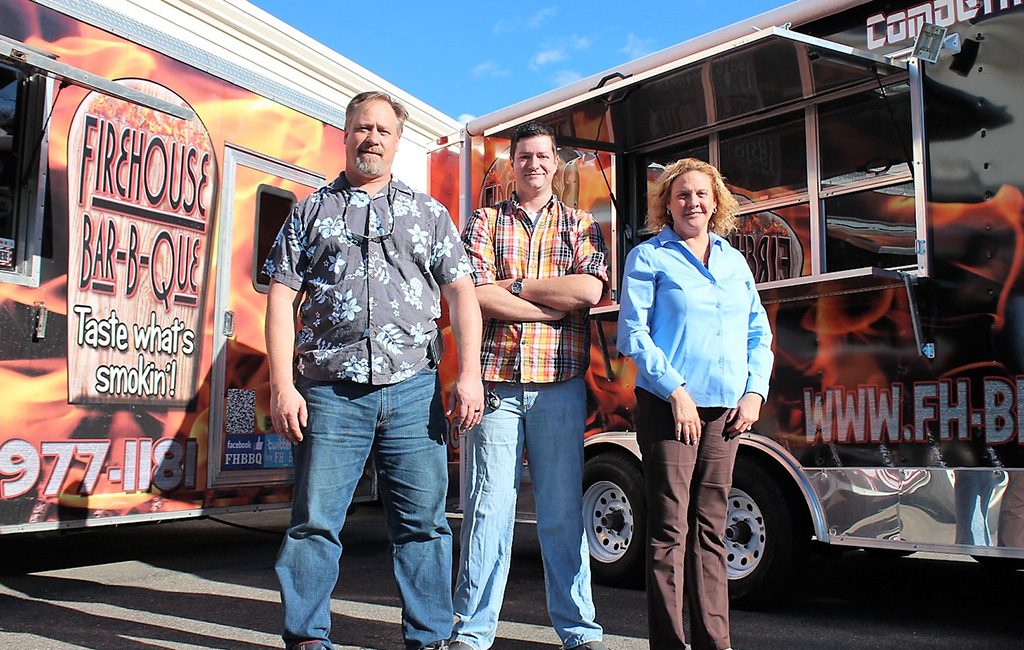 After a couple years on the open road, a pair of local food truck operators is firing up their first brick-and-mortar location.

The Taylors are targeting an April opening for the 2,700-square-foot restaurant, near the intersection with Hungary Springs Road.

“We are very fortunate to be a part of this commercial community,” Lori said of the tenant lineup at Staples Mill Marketplace. “This is a major step for us, and we’re excited to be doing it here.”

The married duo chose Staples Mill over a couple sites in Short Pump because of the territory’s limited selection of sit-down dining options.

Smoke Pit Grill plans to seat about 120 people, with 60 seats on the patio and the rest inside, Gordon said.

The location also will double as a commissary and prep kitchen for its Firehouse Bar-B-Que food truck brand, which the couple said will continue to operate.

“Having this permanent space is really going to help us grow,” Gordon, who will serve at Smoke Pit Grill’s pit master, said of its food truck operation. “We plan to keep the two brands and run them separately.”

The Taylors plan to invest about $250,000 in private funding and financing to outfit the space with dining furniture, smokers, grills and cooler space. 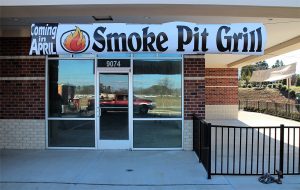 Lori said the eatery will look to hire 20 to 25 full-time and part-time workers, including a full-time manager to oversee and further grow its catering and food truck venture.

Launched in 2014, Firehouse Bar-B-Que operates a catering service and two food trucks across Richmond, appearing at festivals and corporate events, recently including the Maymont 90th Anniversary and the PGA Dominion Classic.

Originally meant to highlight Gordon’s soups, the couple expanded its offerings to include smoked meats and barbecue to capture a year-round audience.

That model helped the Taylors gauge the market before settling into a permanent restaurant space.

“It was all about the proof of concept,” Gordon said. “A number of restaurants spend a lot of money to get started and fail after their first year, and we didn’t want to invest all of that money into a restaurant space. We wanted to make sure that what we were bringing to the market was going to work.”

“I make my chili with chopped meat and create my own chili powder,” Gordon said. “There are no beans included, which is of course what makes it a chili.”

Beers from local breweries such as Steam Bell Beer Works and Center Of The Universe will be on the menu, Gordon said, in addition to wine.

The restaurant will have a rotating menu of smoked meats Thursdays through Saturdays, Rayford said, with offerings such as lamb shank, beef tenderloin and seafood dishes.

“There will be something for everyone,” Rayford said.

Growing the Firehouse Bar-B-Que brand, and ultimately establishing Smoke Pit Grill, has been a diligent effort by the couple.

Lori retired as a civil trial lawyer, while Gordon ended his tenure with Goochland County Fire and Rescue and as an emergency room medic. Deriving the name from Gordon’s years with the fire and rescue department, Firehouse Bar-B-Que — their first business venture — was born, and the couple never looked back.

“I get to spend time with my husband and help run a business that is doing well,” Lori said. “And my husband gets to cook all day…we have no regrets and we’re excited about this new adventure.”

Congratulations to Eric Williford for his success in this venture. Eric is a wonderful addition to the Colliers International|Richmond office.