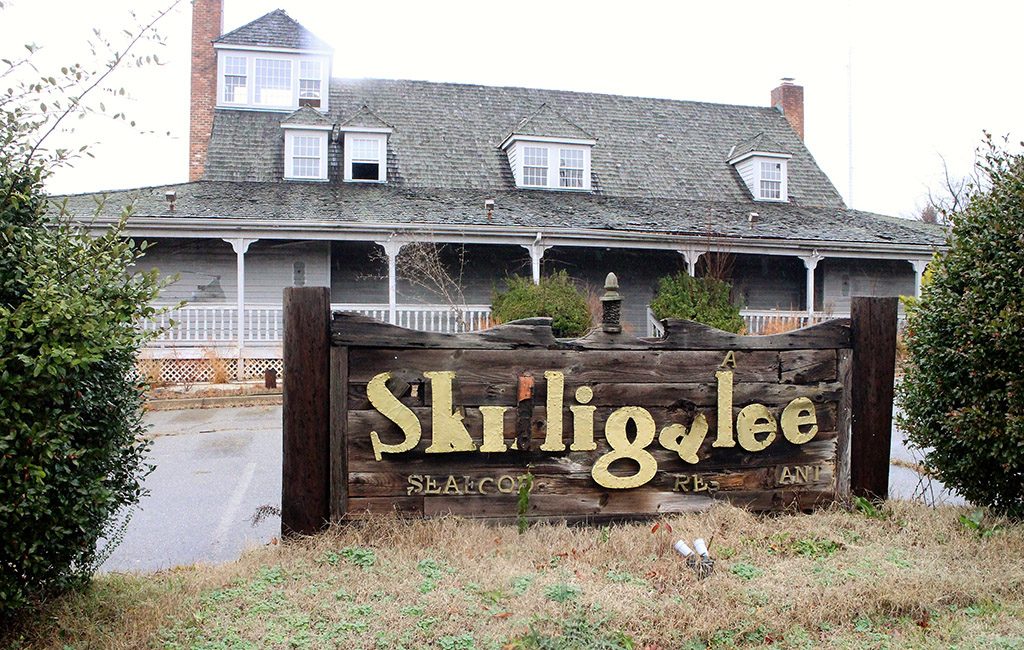 The former Skilligalee building will son be demolished to make way for a Residence Inn hotel. (J. Elias O’Neal)

Three years in the making, the home of a former longtime Henrico seafood restaurant will soon meet the wrecking ball to make way for a new hotel.

The Skilligalee building at 5416 Glenside Drive is set to be demolished in coming months to make way for a 119-room Residence Inn, according to Al Patel, managing partner of the property owner, locally based KM Hotels.

Skilligalee closed in July 2013 after more than 40 years of business. KM Hotels, which also owns the neighboring Hampton Inn & Suites, purchased the restaurant property in 2013 for $890,000, according to county records.

KM first proposed a hotel for the site three years ago. The county approved plans for the Residence Inn in October.

Once demolished, plans call for the Residence Inn to rise four stories on the 4.34-acre site with connectivity to KM’s Hampton Inn, according to plans filed with Henrico County.

While Patel would not disclose how much the firm plans to invest in the hotel, he said KM Hotels is close to selecting a general contractor for the project. Glen Allen-based NJB Architecture is designing the building.

No opening date has been released for the Residence Inn, but once completed, it will join several existing hotels in the vicinity, including Extended Stay America, Best Western Executive and Embassy Suites.

So sad to see Skilligalee go. Many years ago it was the hot spot for business lunches and seafood dinners. Lot’s of memories and good times.

I would love to see if any of the artifacts from the restaurant days are still there and available!

Paul Busse – As I recall they had an auction that included the fixtures and equipment back when they closed.

I missed the prime of the place, every time I ever went my wife and I were the youngest patrons by a decade.