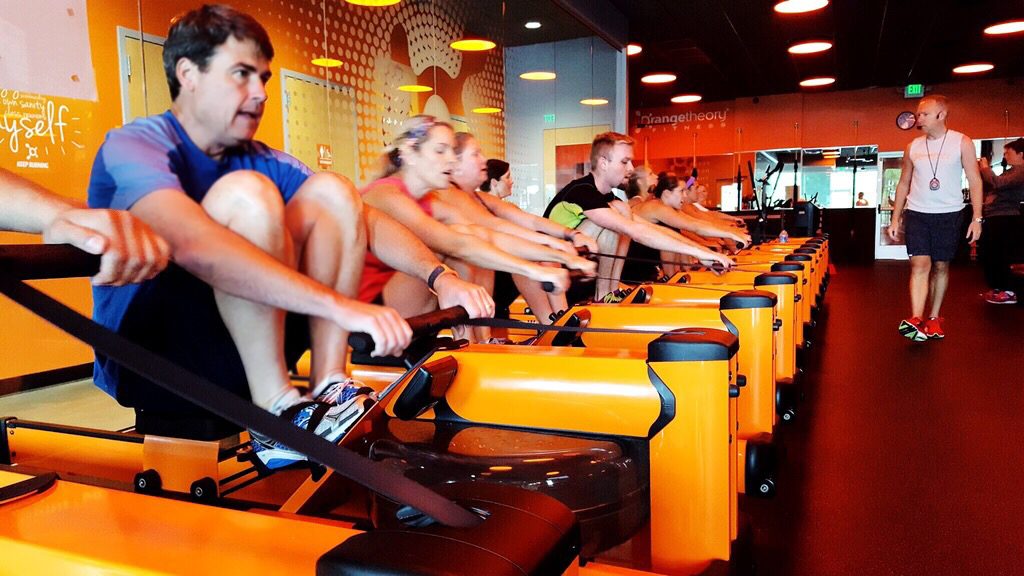 For its third location in Richmond in less than two years, a national gym chain has signed on as the first tenant of the final retail phase of the Reynolds Crossing development.

Orangetheory Fitness, which landed locally in Short Pump in 2015, has leased space in a soon-to-be-built 14,350-square-foot section of the Shoppes at Reynolds Crossing in the works by the Wilton Companies at 7000 Forest Ave.

Brought to Richmond by Stone and partners Mark Blum and Kyle Turner, Orangetheory’s niche is interval strength and conditioning workouts that emphasize participants’ heart rates. The idea is to keep one’s pulse in the so-called “orange zone,” between 84 and 91 percent of their maximum heart rate.

The group opened their first Orangetheory about two years ago in the Corner at Short Pump development, followed last year by a location in Westchester Commons, at 15801 City View Drive in Midlothian.

Stone said the firm will occupy about 3,000 square feet in the new Reynolds center, and plans to invest roughly $500,000 to outfit the space.

Once open, Stone said Orangetheory will staff the Reynolds Crossing location with 12 to 15 employees.

“The goal is to open in 2017,” Stone said. “We usually like to open about three months after we get the keys, but that depends on the construction timeline.”

Rich Johnson, president of Wilton Cos., said the developer is looking to break ground on the seven-unit, $3.5 million retail development by April 1.

“We’re at a comfortable place where we can move forward with construction,” Johnson said.

The Wilton Cos. last summer purchased the 2.1-acre parcel for $1.4 million from Reynolds Development Group, the original developer of the 90-acre Reynolds Crossing that’s occupied by a Westin Hotel, a Walmart, Altria’s headquarters, offices for Sheltering Arms, First Tennessee Bank and others.

The firm is vetting general contractors to build the retail center, and Ashland-based Willmark Engineering is overseeing the project’s engineering needs.

In addition to Orangetheory, Johnson said Wilton is looking to add a double helping of restaurants to the retail development.

Plans call for two restaurant units with outdoor patio seating at opposite ends of the shopping center.

Johnson would not disclose the future restaurant tenants, but said both would complement the existing lineup of eateries.

Reynolds Development also is planning a new medical office for the development in coming months. That, along with Wilton’s project, will be the final pieces of Reynolds Crossing.