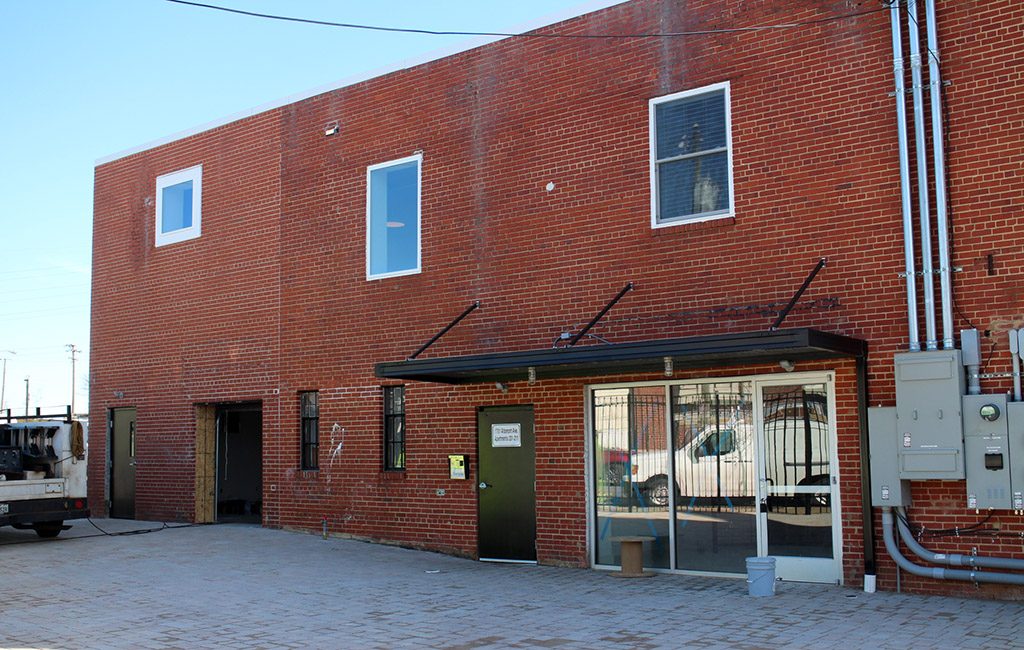 High Point Barbershop will be on the west side (pictured left in this photo) of the former ARC Richmond building in Scott’s Addition. (Mike Platania)

With an ice cream shop already locked in, a redeveloped mixed-use building along North Boulevard can now add a barbershop to its tenant list.

High Point Barbershop & Shave Parlor is opening a second location this spring at 1705 Altamont Ave., along the eastern border of Scott’s Addition.

The 1,600-square-foot space is on the back side of the former ARC building, which is being converted into apartments and commercial space by UrbanCore Development and Duke Dodson of Dodson Property Management. Local ice cream maker Gelati Celesti is set to open next month as the building’s first retail tenant.

“We’re hoping to have a walk-in barber at the new spot,” Foster said.

He said the Scott’s Addition outpost also will allow them to serve more Richmond neighborhoods.

“There are a lot of people we can’t get in chairs right now,” Foster said. “Here, we’ll be close for people who live in Scott’s Addition, Northside, Museum District, places like that.” 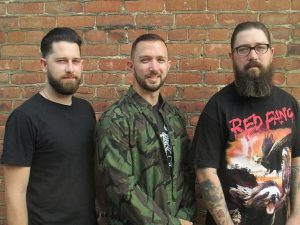 The new shop is larger than High Point’s 1,000 square feet on Meadow Street, allowing for eight barber chairs, up from five at the Fan location.

High Point is investing a six-figure sum into the new shop, which is being designed by Campfire & Co. and built by RIC Design Build. Foster said John Simmons of JLL helped find the space.

Foster said it’s not just the physical space that drew High Point to Scott’s Addition–it has collaborations with nearby businesses underway.

“Around Christmas of last year, we worked with Lamplighter (Roasting Co.) to make a High Point coffee,” Foster said. “We’re working with The Veil (Brewing Co.) to make a craft root beer that’ll be on tap at the new shop.”

High Point’s old-school aesthetic will decorate the new location, but Foster said he plans for it to feel more industrial, given the neighborhood’s history.

It’ll offer the same cuts and shaves as the Fan location, ranging from $15 to $60, and Foster said it will continue to serve both women and men.

High Point won’t be the only groomers in Scott’s Addition. It joins The Hive Salon, a shared-space operation at 1801 Highpoint Ave., where independent stylists rent individual suites. The Hive opened in August 2016.

High Point started as a single chair in the corner of Shockoe Denim’s (now Shockoe Atelier) shop in 2013, and Foster said dealing with growth and busyness has been tough, but exciting.

“It’s insane. It’s definitely a pinch-yourself situation, to see it grow so much,” Foster said.

Foster is a partner with four others, most of whom are barbers at the shop. A second location always was included in the business plan for High Point, and Foster said the firm is considering more locations in places like Charlottesville, Atlanta or Raleigh.

Elliott Kinney was a neighbor of mine on Hanover Avenue when he discovered he had a talent for cutting hair so he attended barber school. He told me he had a business plan to revive the traditional men’s barber shops in Richmond. Clearly he’s on the right path! I understand that these guys are not Floyd he barber from Mayberry.

Cody will be an awesome addition! that boy has skills!!!!