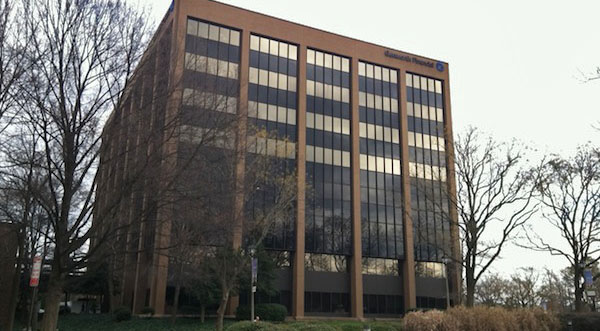 As it moves closer to finalizing a $2.7 billion deal to be purchased by a Chinese conglomerate, a Henrico-based insurance giant has been slapped yet again with class action lawsuits from disgruntled shareholders and customers.

Genworth Financial was sued twice in the last four weeks in Richmond federal court: once by a group of shareholders who argue its deal with suitor China Oceanwide isn’t in their favor; and the other by a group of customers from its long-term care insurance business, which has caused significant financial losses for the firm in recent years.

The first case, filed Dec. 28 by three long-term care policy holders, claims the company, two of its subsidiaries and four  current and former executives had a hand in a scheme from 2010 to 2014 to “buoy Genworth’s stock price and enrich themselves by diverting hundreds of millions of dollars of policyholders’ premium payments away from Genworth’s reserve funds and into their own pockets and the coffers of GFI and its investors.”

The 60-page suit alleges the company deliberately and wrongfully underfunded its long-term care reserves during that four-year period, knowingly using outdated claims data when calculating reserves and creating a “false picture of profitability.”

It cites examples of the company and its current and former executive repeatedly assuring the public it had adequate reserves.

Each claims they received letters from Genworth in 2016 informing them that premiums would increase between 20 and 60 percent.

Long-term care insurance is used to help pay for nursing home, assisted living and hospice care costs. Genworth is one of, if not the largest seller of LTC insurance in the country.

Underestimating LTC reserves has led to major losses for the company over the last several years and was one of the drivers of the deal with China Oceanwide.

Genworth ultimately disclosed in late 2014 that its LTC reserves were under-funded by about $500 million. Its stock price consequently tanked and has deteriorated further in the years since. It closed Thursday at $3.39 per share.

Genworth has repeatedly been sued by shareholders since 2014 related to the LTC division’s struggles.

Last year it paid $219 million to settle one of the cases that alleged violations of federal securities laws by misleading investors and making false statements about the health of its LTC reserves.

The latest case claims that current LTC policyholders’ premiums are paying to clean up for those misdeeds through premium hikes, reductions in benefits or termination of policies.

It argues that all premiums paid by LTC customers during that time should be considered damages in the case, because the company allegedly calculated those premium rates on verifiably false information.

The suit asks for class action status and a jury trial to determine an unspecified amount of damages and restitution for the loss in value of LTC policies, or for out-of-pocket losses for higher premiums to replace terminated Genworth policies.

In asking for class action status, the suit claims violations of federal securities laws based on alleged misleading information in proxy materials concerning the background of the deal and financial projections related to the transaction. It argues the deal is unfair to shareholders because it undervalues the company.

Rice’s suit follows two cases filed late last year that claim breaches of fiduciary duty against the company and its board of directors, arguing that the deal wouldn’t result in the best value for Genworth shareholders.

Those cases, which also sought to block the deal or win damages if the deal is completed, were quickly withdrawn late last year without explanation.

I am a Genworth LTC policyholder who is experiencing premium increases (every year for the past 4 yrs.),
and struggling to keep up with them. After reading this article I wonder if there will even be any funds to pay a claim when I need it. Any chance of a class action in Virginia?

I too am a Genworth LTC policyholder for 25 years. I have endured the excessive increase in premiums during the past four years at great cost to my financial budget. After suffering these annual increases, fueled by the peace that I am ensuring my care, I find myself at the mercy of a foreign company for my final care. It is unconscionable to put the future of American Citizens care in the hands of a foreign company. Should they default, then I and many hundreds of customers will be unable to exist. The cheating and greed by the company should… Read more »

We too have paid premiums for 15 years with increases in cost. We are concerned about the acquisition by Oceanside and the possibility we will never receive benefits as promised . What about our personal identity with a foreign entity? If there’s any class action suit please let us know, we live in Minnesota.

“It is unconscionable to put the future of American Citizens care in the hands of a foreign company.”
Wow.

Reach out to the law firms mentioned in the article. The attorneys can advise you of your legal options.

My husband and I are also caught in this Genworth net of deception. We have paid premiums for 15 years and now as we are getting closer to the possibility of using this insurance, the premiums have doubled. Living on a fixed income, this increase is forcing us to either dropped the coverage. If there is a class action suit, please let us know.

Same for me. Are there any class action suits we could join to sue Genworth to recover what we’ve been swindled?

I too m being ripped off with high premium increases and decreases benefits. I am in georgia and would like to join in a class action lawsuit

I too have just received a letter this past month increasing my rate to 130%. Almost triple what I am paying now. How can I join this class action lawsuit?

my 90 year old mother has been totally decided and has paid out over $27,000. and I most defiantly want to sue this company. How disgusting to take advantage of aging people. PLEASE CAN ANYONE CONTACT ME.