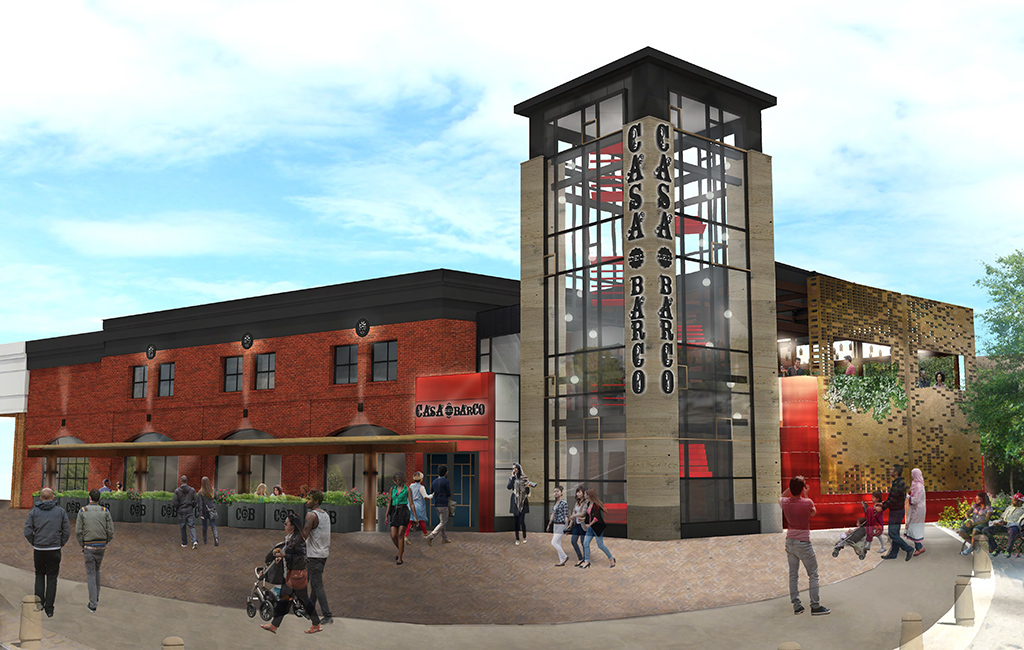 A rendering of the planned Casa Del Barco restaurant in Short Pump.

A shuttered Short Pump Town Center space won’t sit dormant for long, as a local restaurateur is going back for seconds at the mall.

“This is a very successful mall,” Healy said. “Tara Thai was here for about 13 years…there is very little turnover.”

It will be the second location for Casa del Barco, which first opened on the canal downtown a few years ago. The brand is part of Healy’s Boathouse Group, which operates three Boathouse locations, with a fourth to open in the spring in Hopewell.

Casa del Barco, which serves Mexican dishes and dozens of tequilas, is set to make its Short Pump debut this summer, with hiring set to begin in June, Healy said.

Plans call for the 8,500-square-foot space to be transformed into a Mexican cantina that will include a roof-top tequila bar with over 200 tequilas, Healy said. He added the location will have a similar menu to its original location, and looks to hire about 85 full- and part-time employees.

Richmond-based J.D. Lewis has been tapped as general manager to renovate and outfit the space, while Richmond-based Walter Park Architects will oversee the design.

The cost of the project is still to be determined, Healy said.

In January, World of Beer confirmed plans to take over the building once occupied by TGI Friday’s at 11600 W. Broad St. in the Downtown Short Pump Shopping Center.