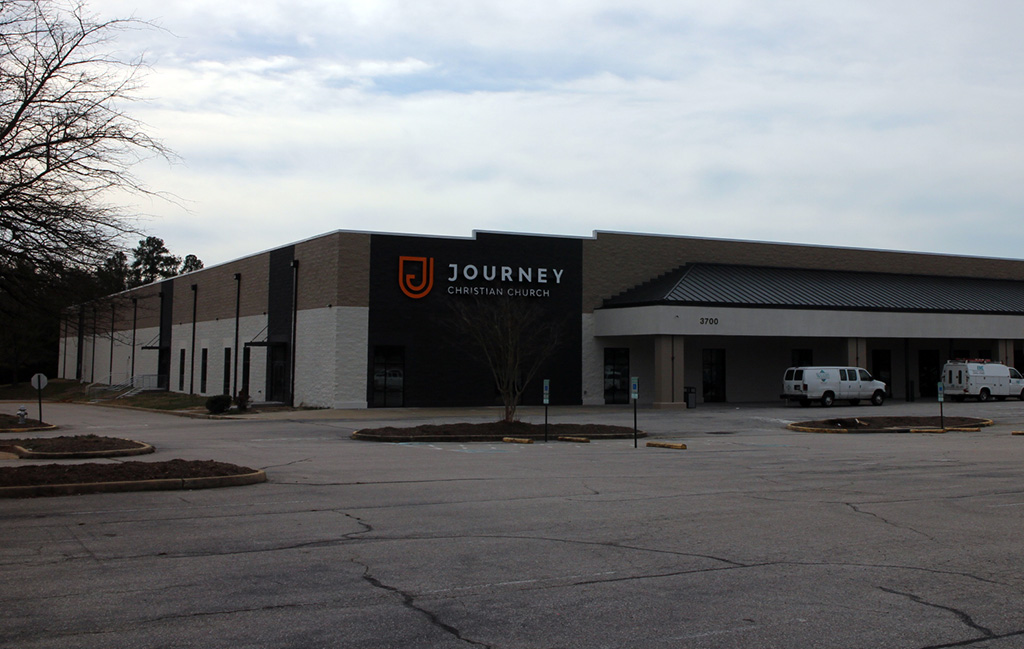 Three years after purchasing a former Costco store at 3700 Price Club Blvd. in Midlothian, Journey Christian Church is set to hold the first services in its new home on Sunday. 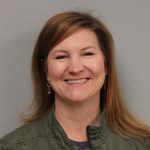 With an auditorium that seats over 800 people, designated annexes for youth services, production rooms and offices, the building bears no resemblance to its original floorplan or the empty shell it was when Journey bought it.

The church has renovated about half of the building – 54,000 square feet. Director of Operations Julie Bostet said it will expand into the overflow space as needed in the future. The auditorium is planned to expand, to seat over 1,500 people, with room for stadium seating.

Journey has been holding services at Clover Hill High School since 2011. “We’ve been a portable church for all these years,” Bostet said. “It’s great to have enough space, and then some.”

The church’s congregation of 1,200 funded the new the building through its “generosity initiative,” Bostet said.

The technology in the church is thorough. During services, audio is pumped in through speakers in every room, and 21 flat-screen TVs throughout the church broadcast the service. All of Journey’s audio and video was done by Atlanta-based Moyers Group. 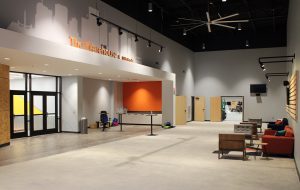 Journey’s staff is currently 16, and Bostet said she expects that number to grow as the church does.

Bostet said the new location off Hull Street, near arteries of Route 288 and Genito and Courthouse Roads, will allow Journey to serve the entire Greater Richmond area.

The non-denominational church will host two Sunday services per week, at 9:15 a.m. and 11 a.m. Botset said it’s not planning to include weeknight services or daycare.

With the church’s first service on Sunday approaching, Botset said the process of building the new home has been both rewarding and challenging.

“My favorite thing is to witness so many volunteers put their thumbprint on this space. They’ve been very, very generous.”

It has been inspiring to watch the transformation of this space. Excited to welcome our neighbors this Sunday and to serve our RVA Community! Come as you are.

I’m super excited to call Journey Christian Church home. Watching the community rally together has been awesome to witness. On Sunday, we will have the opportunity to share God’s love and extend His grace to everyone that walks through the doors. We can’t wait to welcome you!