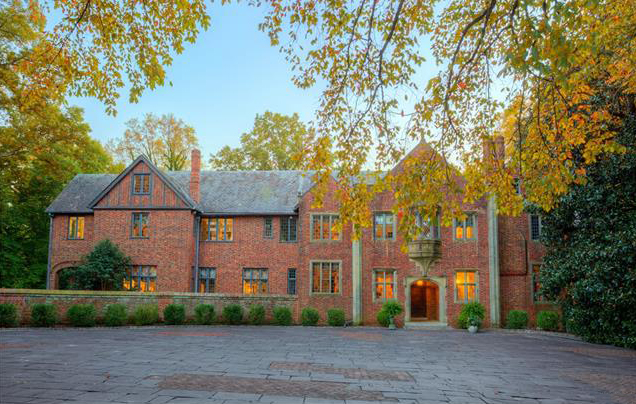 Richmond’s seven-figure home market is heating back up with a second multimillion-dollar sale within the span of a week.

The 14,400-square-foot Tudor Revival-style mansion at 4603 Sulgrave Road in Windsor Farms sold Feb. 1 for $3.3 million, below its most recent asking price of $3.99 million and its original price tag last year of $4.95 million.

The home was listed last February by Debbie Gibbs of The Steele Group | Sotheby’s International Realty. The original price was reduced by about $500,000 in June, then by about the same amount in September before the house went under contract in October, according to online real estate data.

Gibbs represented the sellers, Peter and Judy Brown, who downsized to a smaller house down the street in late 2015. Peter Brown, a retired surgeon, died in September. 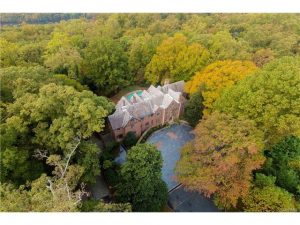 Named ‘Garland,’ the mansion sits on just over 6 acres above the river.

City property records list the buyer as Garland LLC, the name a reference to the name of the 1930s house. The LLC’s registered agent lists an office address in Loudoun County.

The mystery buyer was represented by Anne Hall of Long & Foster | Christie’s International Real Estate. Hall, who sold the Browns their smaller home at 4310 Sulgrave, would not discuss her clients in this transaction other than to say they had been eyeing the property for some time.

“It’s an iconic property, magnificent construction,” Hall said. “It was built by the same architect who reconstructed Agecroft and Virginia House, so it has a wonderful provenance. The family that bought it has long admired the house.”

Located down the street from Agecroft Hall and Virginia House, Garland shares similarities with its better-known neighbors, with architectural elements taken from English and Scottish homes of the 16th and 17th centuries. The architect, Henry Morse, oversaw the relocations of Agecroft and Virginia House from England. 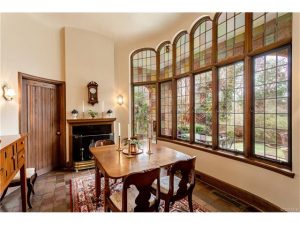 The home shares similarities with nearby Agecroft Hall and Virginia House.

Gibbs said the house received multiple offers since it was listed last February.

“It really is a museum piece,” Gibbs said. “The house is one of a kind, and we just had to get the right buyer for the house.”

The sale is another $3 million transaction for Hall, whose listings in recent years have included the former home of the late local businessman and philanthropist Beverley “Booty” Armstrong that sold for $3.76 million in 2013. It’s also the latest multimillion-dollar sale in the Richmond area this year, closing just days after another West End home sold for $2 million.

Note: This story has been updated to note that Peter Brown is deceased.