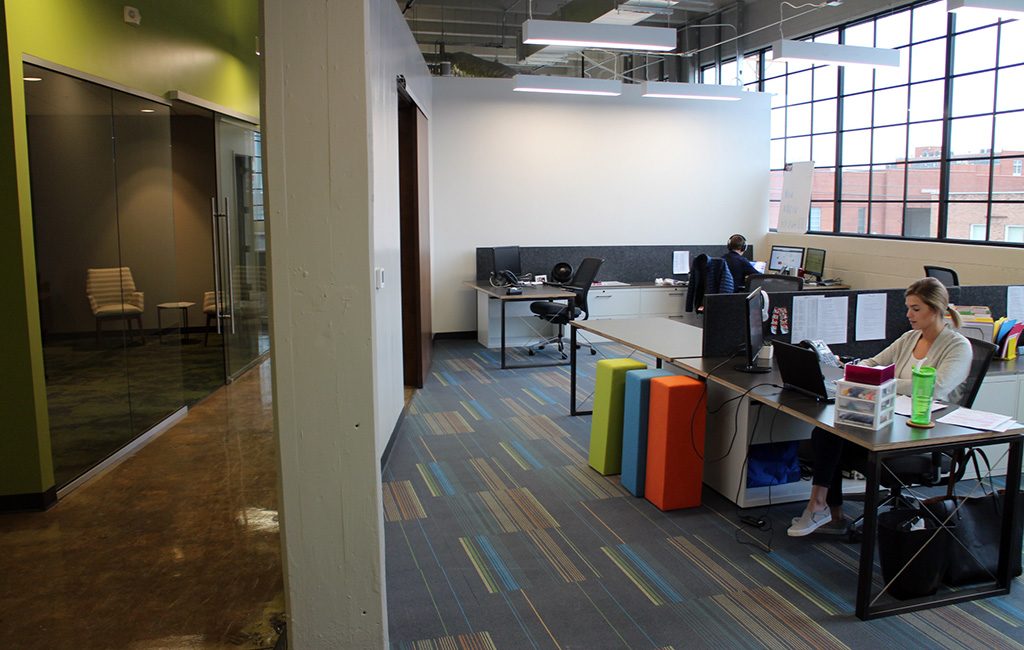 As it moves into roomier digs in Scott’s Addition, a local finance consulting and business advisory firm is making sure to save space for its C-Suite-centered roommates.

Joining Fahrenheit in the move is the Virginia Council of CEOs, which has shared space with the firm since it moved to Bayberry three years ago. The council’s full-time staff of three will occupy a room within the space and is subleasing from Fahrenheit, which signed a seven-year lease with building owners Jay, Keith and Jeff Nichols.

The Nichols brothers are redeveloping the 87,000-square-foot building that previously served as an industrial cleaning facility. Other tenants lined up include Vasen Brewing, Evatran and 510 Architects. 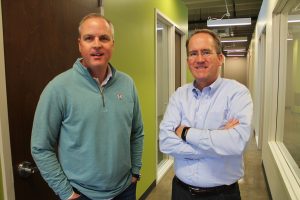 The arrangement between Fahrenheit and VACEOs goes back to when Fahrenheit moved into the Bayberry space. Scot McRoberts, the council’s executive director, said he reached out to Fahrenheit’s Rich Reinecke, who had been a member of the council with another company before cofounding Fahrenheit with Keith Middleton.

“They were looking for office space at the same time, so it made sense,” said McRoberts, whose new base of operations is doors down from Reinecke’s office.

“We bring a lot of potential members into our space that he should know, we work with lots of members, so it’s a mutually beneficial relationship,” Reinecke said.

Fahrenheit’s 20 office-based employees fill the rest of the new space, designed by local architecture firm SMBW. In addition to work areas and individual meeting rooms, the space includes a lobby and client lounge area, a conference room with a large custom table, hallways with booths for alternative work spaces, and a kitchen with a garage-style door that opens to the outside and three refrigerators–one converted into a kegerator.

“There are priorities in life,” Reinecke joked. 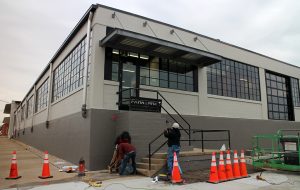 Crews are redeveloping the 87,000-square-foot building that previously served as an industrial cleaning facility. (Jonathan Spiers)

“We really wanted to have a space that allows our folks to work differently,” he added, noting that employees are often coming and going while meeting with clients both in and out of the office.

“We’re in a neighborhood with other businesses, with people walking on the streets. I already run into people at Urban Farmhouse,” McRoberts said. “At Bayberry, I didn’t see anybody.”

The Scott’s Addition move comes at a time of continued growth for Fahrenheit, which started in Innsbrook in 2010 and has expanded to include offices in Raleigh-Durham, North Carolina, and Phoenix. Last year, it acquired executive recruiting firm Bencks & Co., enhancing its own C-suite-specific services.

The firm worked with broker Christina Jeffries of 7 Hills Advisors on the HandCraft lease. Read Goode and Cheryle Toy of Divaris Real Estate handle leasing for the building.

Reinecke did not say how much the move cost the company. It was funded by the company and with financing from Park Sterling Bank.