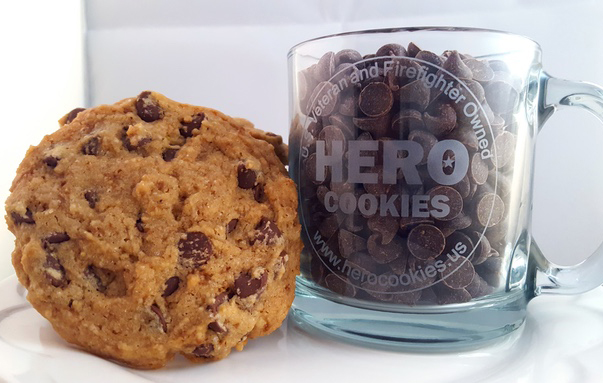 Hero Cookies, a local startup that bakes and ships gluten-, dairy- and egg-free cookies, on Wednesday reached its $5,000 fundraising goal through Kickstarter. The funds will be used to purchase ingredients, packaging and licenses needed to fulfill orders.

The company was created by Richmond native Andrew Parsley, an Air Force veteran and local firefighter. Parsley said he wants Hero Cookies to be an option for people with all kinds of diets.

“Being a firefighter, people love to bring stuff by the station – cookies, cakes and things like that – as a way of showing their appreciation. I wanted to have some, but I knew it’d irritate a skin condition I have. So I had the idea to make something everyone can enjoy,” Parsley said.

“It took about a year to figure out the recipe. It’s like taking your grandma’s cookie recipe you’ve had your whole life and love, and then having to make it with all new ingredients.”

The brand name comes from Parsley’s background in public service. He served eight years in the Air Force and has been a firefighter for over 10 years. He said he wants to use the business to help veterans’ families.

Ten percent of Hero Cookies’ sales will go to charities supporting military families, Parsley said. Hero Cookies currently is donating to the Fisher House Foundation, which provides housing for families while loved ones receive medical care away from home.

“I wanted to make something that’s for people with allergies or (who) have celiac disease,” Parsley said. “It’s not something I want to make a ton of money off of. It’s more about how I can help others, and let them know a veteran’s doing it.”

Meanwhile, Red Eye Cookie Co., which launched in Richmond in 2014, is set to open its second location this weekend in Charlottesville. 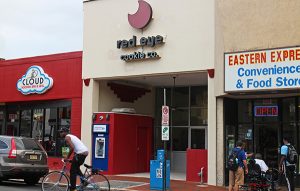 Located on Grace Street near VCU, Red Eye has become a go-to indulgence for students and other Richmonders. Red Eye president Brayden Pleasants said he hopes to have a similar impact on the Charlottesville community.

“From day one, we’ve made our best guesses, and sold out on our first night open. It’s kind of been a wild ride ever since,” Pleasants said. “As we grew in Richmond, we started looking for our next market.”

Red Eye’s second store will open near the UVA campus on The Corner, a busy Charlottesville intersection. Pleasants said he came across the space by way of another baker who had moved out.

“Scott Davidson of Campus Cookies made a decision to focus on other markets, and reached out to us to see if we were interested in Charlottesville,” Pleasants said. “We looked into it and agreed. We love the UVA community, the Charlottesville community, and love the mix of culture there.”

As for further expansion, Pleasants said he’s not ruling anything out.

“We have plans to open additional markets in the future. Right now Richmond and Charlottesville are our focus, but I wouldn’t be surprised to see more Red Eyes to pop up in the next 12 to 18 months,” Pleasants said.

Just ordered 2 batches to try out. My wife has Celiac’s so it’s pretty cool that there is a new company that caters directly to her!