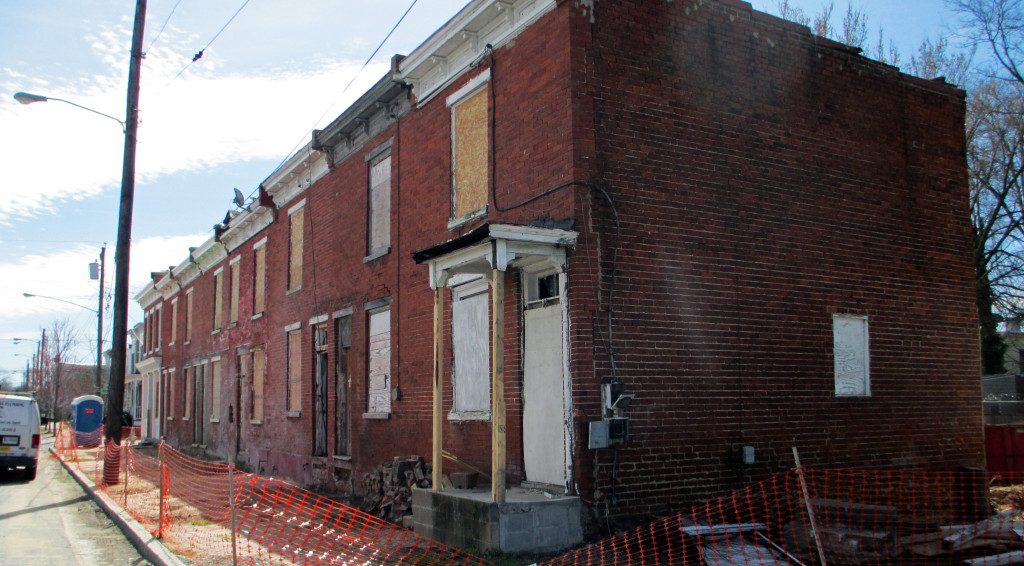 The saga of a long-stalled historic rehab project in Church Hill that became mired in a legal dispute between its owners appears to have come to an end.

The block of seven attached 19th-century rowhouses on O Street that had been slated for restoration is being offered for sale by John and Benedicte Whitworth, local husband-and-wife investors who were financing the rehab before a falling out with developer Deanna Lewis of Heirloom Restorations.

The parties reached a settlement in bankruptcy court in which Lewis agreed to abandon her interest in Deworth Restoration Associates, the LLC she and the Whitworths formed for the project. The settlement also called for the release of any other claims the parties had against each other, as well as payments relating to Lewis’s bankruptcy filing.

Lewis filed an $8.35 million lawsuit against the Whitworths in August 2015. She said last June she hoped the bankruptcy filing would reopen that lawsuit; but the settlement, which was entered in December, releases that claim.

The settlement also called for the Whitworths to pay Lewis’s bankruptcy estate trustee $75,000, as well as for both parties to bear their own legal fees and expenses.

The Whitworths are marketing the seven attached rowhouses through One South Realty Group, which had a listing agent assigned to the project before it stalled in 2015. The sale does not include an attached unit at the corner of O and 26th streets that was completed during the project.

That unit was purchased in 2015 for $325,000. The owners do not reside there, said broker Andrea Levine, who is working with One South principal Rick Jarvis.

The latest city assessment valued six of the seven units at $32,000 each. The seventh unit, on a larger parcel than the others, was valued at $37,000, bringing the combined assessed value of the seven-unit property to $229,000. 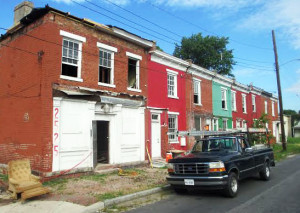 The string of houses was long neglected and originally covered in colorful paint. (BizSense file photo)

Deworth Restoration Associates purchased the units over a 10-month period in 2014 for $159,000. That total includes the corner unit not offered in this sale.

Jarvis said he and Levine started giving tours of the property last week.

“We’ve had numerous parties come through the property. We are giving them an opportunity to view and then go back, crunch numbers, run their analysis and decide what type of offer they would like to make,” Jarvis said.

“There’s been a lot of interest. Especially with the development movement along 25th Street, there is a lot of people who would be interested in doing a project on that site,” he said. “What the right project is, that’s entirely up to the individual developer.”

One developer who expressed interest in the property is Bryan Traylor, whose Unlimited Renovations has been active in the area. Lewis had tapped Traylor to go in on the project with her when she offered to buy out the Whitworths’ shares.

Traylor said Friday he would be interested in buying the property or redeveloping it as a contractor, if the price is right.

“I’m a firm believer in that project. I hope something happens to it, because all the neighbors ultimately pay the price, and Church Hill is paying the price for this,” Traylor said. “I’m just tired of seeing blight up in Church Hill.”

The Whitworths announced the sale through a statement released by One South earlier this month.

“O Street and the Deworth properties on it are integral to the Church Hill community,” the statement said, “and the Whitworths are excited to resume their efforts to bring about the revitalization of this block in both theirs and the community’s best interest and purpose.”

Reached last week, John Whitworth said he and his wife had no further comment beyond the statement. Lewis did not return a message seeking comment.