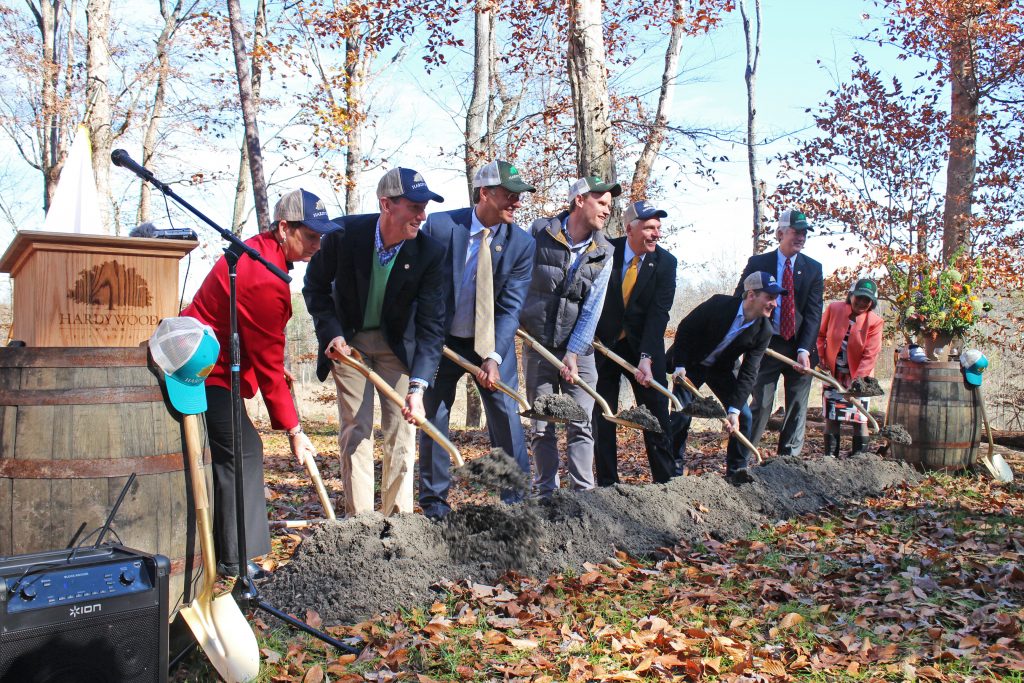 As it starts pulling pints at its new taproom in Charlottesville, a local brewery’s westward expansion will take longer than anticipated closer to Richmond.

Hardywood Park Craft Brewery is now targeting a spring 2018 opening for its planned $28 million, 60,000-square-foot production facility in Goochland’s West Creek Business Park. The first phase of the complex, announced in 2015, initially was planned to open this spring.

Hardywood president and co-founder Eric McKay said the delay came after issues were discovered early on with the soil on the building site. John Waechter of Loughridge & Co., the construction firm building the Goochland facility, said it learned of the soil issues in late fall 2015.

Rather than remove and replace the soil or chemically treat it, Waechter and McKay said they chose to push back the project to give the site a chance to thaw heading into spring 2016.

“We knew the soils were going to be a potential issue based on other developments around that area,” Waechter said. “The soils out there have a lot of plasticity in them, which makes it a good structural material. But if it’s wet, as it is in the winter, then you’re either forced to remove and replace it, which is hugely expensive, or chemically alter it, which is still expensive, but less so.” 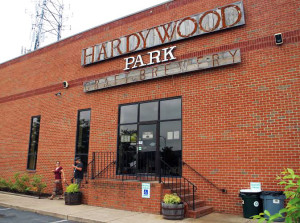 McKay said they also did not want to assume any environmental risks that could come with chemically treating the soil.

Waechter said the decision to wait for the soil to dry was made jointly with Hardywood in February 2016 – three months after they broke ground. Instead of starting construction last winter, they waited until May to get underway.

McKay and Waechter said the first phase of the facility should be complete by spring 2018. In addition to the brewery, which is expected to have a 40,000-barrel capacity, plans call for a packaging and distribution facility, taproom, amphitheater and garden.

In the next few weeks, concrete foundations for the facility will be poured, and steel framing for the building will be delivered as construction gets underway, Waechter said.

Hardywood received over $1 million in state grants and matching funds pledged by Goochland County. Matthew Ryan, director of economic development for Goochland, said Hardywood is not at risk of losing that funding due to the delay.

“Hardywood has five-year windows on all their performance measures, so as long as they meet their marks in five years, they’re fine,” Ryan said. “While the project is taking longer to open up, they’re still in the process of investing money in Goochland County.”

Ryan confirmed the county has begun issuing funds to the brewery.

Featuring taps for 12 of its beers, the taproom  fills 1,100 square feet of 3,500 the brewery occupies in the Uncommon building, an apartment complex under construction at 1000 W. Main St., in the heart of UVA and Charlottesville’s Downtown Mall. The taproom, likewise built by Loughridge & Co., also features an outdoor beer garden and is the brewery’s first location outside Richmond.

For clarity, in July 2015 we announced a target opening of Spring 2017, with the plan of starting construction in December 2015. The site we selected ended up having moderate clay content, which is common throughout the southeast, and generally requires treating with natural lime, or with exposure to the sun, prior to the start of construction. We opted for the latter, which pushed back our start date to mid-2016, and the process of drying soils in the sun added a couple months. Our new target opening date of Spring 2018 includes some buffer for weather, which was fairly uncooperative… Read more »

Kudos to Eric & Patrick for making the right choice to eliminating potentially harmful chemical based treatments into the soil and putting the environment before a fast track. That decision only bolsters what we already know about Hardywood’s commitment to doing the right thing! Cheers VA has their back!