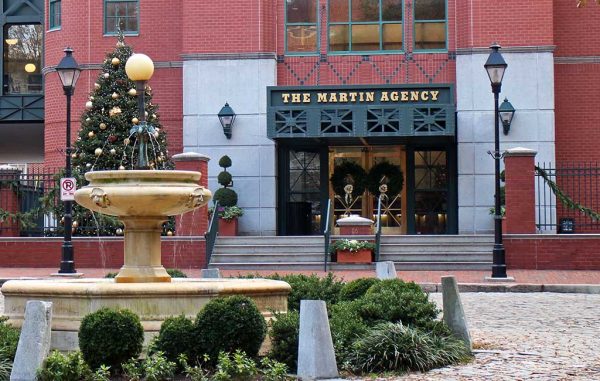 Richmond’s resident ad giant has announced another round of layoffs – the second time it has trimmed its workforce in six months.

The Martin Agency informed its staff Tuesday it is laying off 21 employees – 16 from its Shockoe Slip headquarters and five from its New York office.

The reduction represents 4 percent of the company’s workforce, which now stands at 413 in Richmond and 450 companywide, including offices in New York and London.

Spokesman Dean Jarrett said the layoffs are part of an agency restructuring “designed to respond to the changing needs of our clients.”

He said ongoing internal changes would range from how employees work together in teams, to how they are organized and where they are located within the office.

“We think that’s going to help not only with our agility and making us more efficient, but engage more effectively with our clients’ consumers and be more responsive as the world picks up speed and moves faster and faster,” Jarrett said.

He said the layoffs, first reported by the Times-Dispatch, were not prompted by any particular change in accounts or client work. The agency’s last round of layoffs – 29 employees last September – was attributed to the firm losing the Walmart account, which ended that July after nearly a decade.

“This was really more about the restructuring and the changes we’re going to make in how we work and how we serve all of our clients moving forward,” Jarrett said.