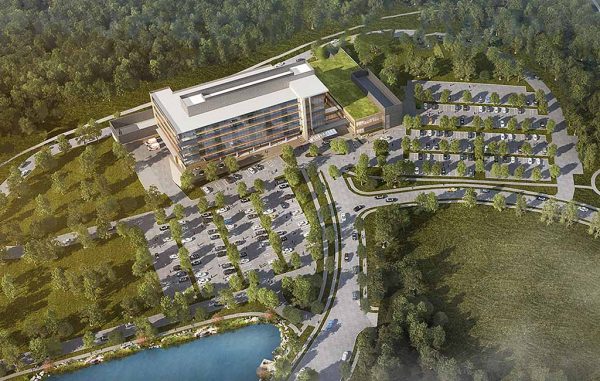 Two major Richmond healthcare players have cleared a hurdle in their plan to build a new facility in Goochland County.

The Sheltering Arms Rehab Institute, a $119 million project proposed jointly by VCU Health and Sheltering Arms in the West Creek Medical Park, has been granted a certificate of public need by the state’s health commissioner, the organizations announced Wednesday.

The approval allows the organizations to finalize designs of the 114-bed facility, which would be built on 25 acres and treat patients who have suffered strokes, spinal cord and brain injuries, as well as those needing general rehabilitation.

“We’re in the process of choosing a designer and builder. We hope to make that decision by the end of April,” Sulmer said.

Sulmer said the healthcare providers aim to break ground in the third quarter of 2017 and open in fall 2020.

The project was announced last spring, and found its location at the West Creek Medical Park in the fall. The land sits in the The Notch section of the medical park, near the intersection of Route 288 and West Broad Street.

The property is owned by entities attached to the Pruitt family and Bill Goodwin’s Riverstone Group, which jointly own the 3,500-acre West Creek Business Park. VCU and Sheltering Arms are under contract to purchase the parcel.