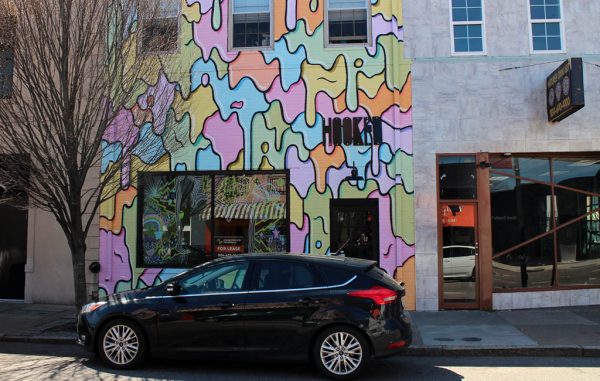 Hooked, a shop that sold new and vintage clothing, music, art and other products, has closed and vacated the space at 3027 W. Cary St. after less than a year.

Hooked opened in Carytown in October, following the success of its flagship shop in Fredericksburg. The space previously housed Mott Gallery, an art gallery and coffeeshop.

Upon taking over the space, Hooked hired local artist Mickael Broth to paint the Cary Street-facing storefront. Broth created the Bernie Sanders mural on a building at 3300 W. Broad St., which now is set to become a coworking space.

Elsewhere in Carytown, American Apparel is preparing to close its 3140 W. Cary St. location, part of the chain’s nationwide closure of more than 100 stores. The closures followed American Apparel’s bankruptcy and subsequent sale to clothing brand Gildan. The exact closing date of the 100 stores has not been announced.