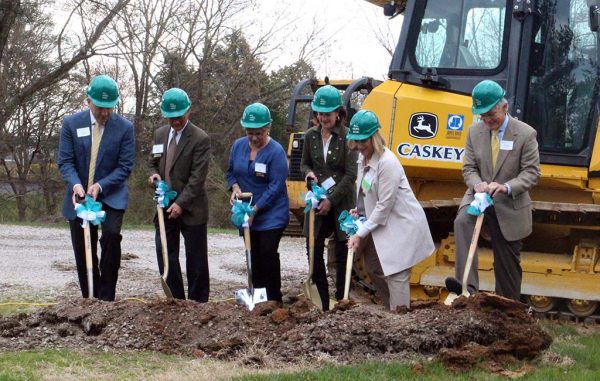 With a $7 million fundraising goal in sight, a local nonprofit is digging in on a new facility that will house all its services under one roof.

The GFCFS operates three separate locations nearby, including the basement of the old Goochland High School. The new building will consolidate all its services into one place, and convert its family services building into an emergency shelter.

Sally Graham, the organization’s executive director, said it aims to open the new facility in winter.

Graham was joined at the groundbreaking by a crowd of staff, volunteers, patients and donors. 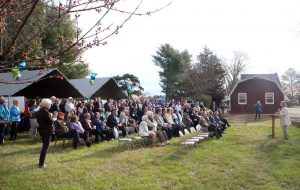 To fund the new clinic, the GFCFS launched a capital campaign seeking to raise $7.1 million. Campaign chair Lisa Luck said it has raised $5.9 million and will complete the campaign by June.

“We’re working to match a $400,000 challenge grant from the Mary Morton Parsons Foundation,” Luck said. “Once we reach that, we’ll have completed the campaign.”

The GFCFS previously has received challenge grants from the Cabell Foundation and Harrison Foundation for $500,000 each.

The capital campaign initially aimed to raise $5.9 million, but Luck said rising construction costs increased the target. Included in the $7.1 million campaign is a $1.5 million endowment for the facility.

Hourigan Construction is building the facility. Worley Associates is the architect.

In its 2015 annual report, Goochland Free Clinic & Family Services reported over 14,000 visits to its health services and food pantry. The organization reported $2.71 million in income and $2.08 million in expenses in 2015, its most recent financials available through nonprofit tracker Guidestar.