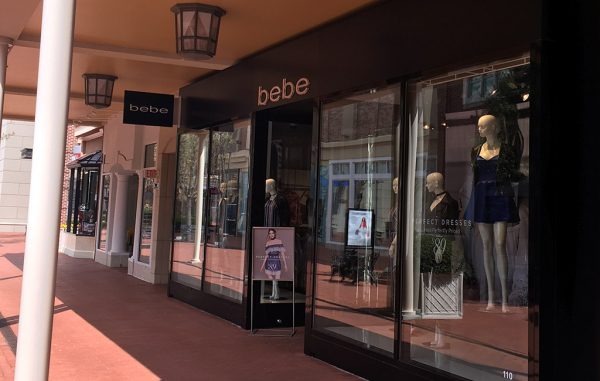 Another national fashion retailer is exiting the Richmond market.

Bebe Stores Inc., a chain of women’s clothing stores, is preparing to pack up its lone local outpost in Stony Point Fashion Park as part of a broader closure of more than 150 locations nationwide.

National news outlets reported last week Bebe will shut down its stores to go exclusively online. The company issued a statement saying it is “exploring strategic alternatives for the company.”

The California-based firm aims to close its stores without filing for bankruptcy, according to Bloomberg.

Bebe added in its release that the company “has also engaged a real estate advisor to assist with options related to its lease holdings.”

The company could not be reached for comment about the Richmond store, and Stony Point officials would not confirm or deny the impending closure.

Bebe’s exit from the brick-and-mortar market is part of a national trend of retailers facing stiff competition from online sales. Another chain’s struggles that impacted Richmond in recent months is American Apparel, which was sold to Gildan Activewear in January after its second bankruptcy since 2015. American Apparel’s lone Richmond location in Carytown will close in April as a result.

But not every large retailer is pulling back from Richmond. Willow Lawn announced last week it landed a new Dick’s Sporting Goods that will take over a 47,000-square-foot space in the shopping center in 2018.

No surprise. I would not be opening a retail store in this day and age that sells items that can be bought online. The move to online sales has been coming for a decade or more but is really accelerating now. Items can be sold cheaper and the overhead is lower. I know it’s not what people like to hear as far as jobs and personal service but the writing on the wall is undeniable. I don’t know how deep this rabbit hole is but I have no doubt there is no reversing this trend.