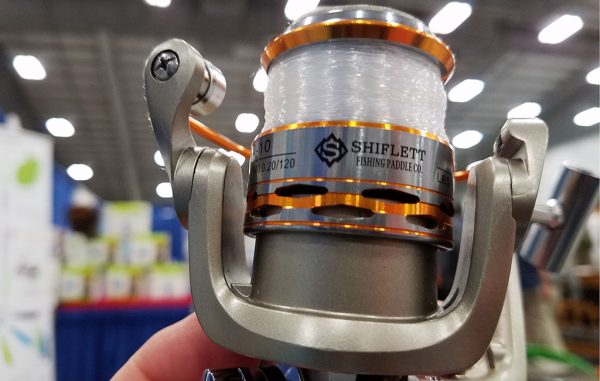 Sometimes a few cold ones help loosen up the entrepreneurial muscles.

Chesterfield resident Ron Shiflett was at a bar with friends in 2015 when he mentioned an idea he had to combine a fishing rod with a kayak paddle.

It resonated enough that the longtime fisherman and kayaker searched for patents on similar products. When those queries came up dry, Shiflett Fishing Paddle Co. was ready to set sail.

Shiflett invented what he calls the fishing paddle – a lightweight kayak paddle with a reel attached. He now owns domestic and international patents for the product, and said he has more patents pending for future models.

Shiflett Fishing Paddle Co. was incorporated last May and made its first significant push to market at the beginning of this year. While the Mid-Atlantic was trudging through the winter, Shiflett said sales down south started quickly.

“In Florida they really start fishing in January, so that’s a big market down there for us,” Shiflett said.

The products are manufactured overseas, and Shiflett contracts out other parts of the business like marketing and sales. 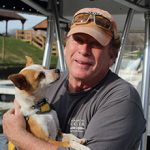 The Shiflett Fishing Paddle is being distributed to Dance’s Sporting Goods in Colonial Heights, as well as shops in Florida, the Carolinas and online. Shiflett said he’s receiving more distribution deals, and has heard demand for the paddle in Europe and the Far East.

“Anywhere there’s water or coastal communities are a market for this,” he said.

Shiflett said the concept was founded on convenience and efficiency, allowing users to cast the fishing line and paddle while the lure is in the water.

“Where the paddle really performs nicely is when you’re trolling for fish, the action of the paddle in the water is a natural attractant to fish, it’s a natural jig action,” Shiflett said.

Originally from Roanoke, Shiflett got his MBA from the Wharton School at the University of Pennsylvania before working in banking and owning other companies. In the 1980s he moved into his home in Chesterfield County, where he now runs the paddle company.

Shiflett is self-funded and said he’s negotiating with some private investors.

To help get the word out in Richmond, Shiflett Fishing Paddle Co. is helping organize a “Paddles and Pints” event at The Veil Brewing Co. this weekend. The event features beer and various kayaking and outdoor-gear vendors.

Why is there no photo of the actual product? I may want to put it in my store. Hopkins Gun and Tackle in Mechanicsville.