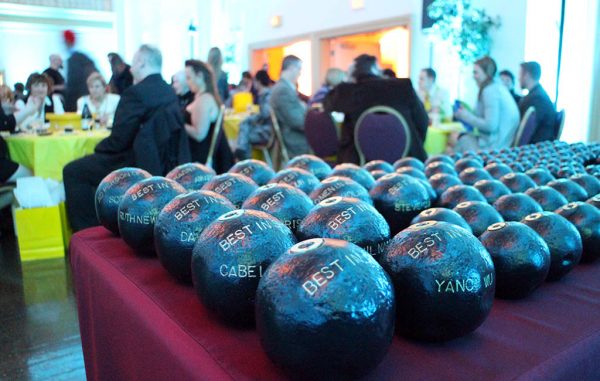 The Advertising Club of Richmond presented its cannonball awards to Richmond firms on Friday. (Jonathan Spiers)

The cannonballs were rolling at this year’s Richmond Show, the annual awards ceremony of the Advertising Club of Richmond.

Held Friday evening at The Renaissance downtown, the event presented the club’s coveted cannonball awards to local agencies and studios for standout work in advertising, design, interactive and production. A panel of judges chose from submissions entered in those categories, as well as a student competition.

The VCU Brandcenter won the top honor in the student competition for a submission titled “Tetra Integrated.” 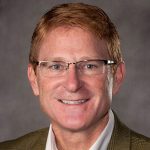 The Mike Hughes Ad Person of the Year award was presented to Scott Sherman, associate professor and advertising sequence coordinator at VCU’s Richard T. Robertson School of Media and Culture.

Sherman, who was nominated by Brandcenter professor Kelly O’Keefe, has more than two decades of experience in advertising and academia, including stints in the creative departments of local agencies RightMinds and Landmark Advertising, the in-house advertising arm of Markel Corp.

The Wes Anderson-themed event, titled “ADventure at the Grand Renaissance Hotel,” drew more than 300 attendees to the downtown events venue. Attendees were encouraged to wear costumes based on characters from the writer-director’s films. Melissa Chase and Jack Lauterback of 103.7 Play emceed the ceremony.

Such a fun night. Thank you to everyone who made it so special!