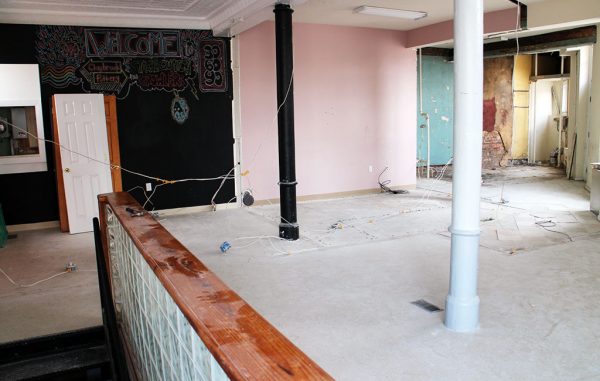 510 Architects is designing renovations on the 2,500-square-foot building. (Mike Platania)

Named for its building’s unique architecture, a new art gallery is coming to Jackson Ward.

Acute Gallery is under renovation and targeting a winter 2017 opening at 215 W. Clay St.

Acute will replace 30’60’90’ Studios, another art gallery that played on the building’s triangular shape and vacated last summer.

Beto Hopper, proprietor of the gallery, purchased the building for $425,000 in early 2016 and said he wants Acute to showcase under-represented local artists. 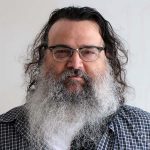 “I want to bring a level of professionalism to the gallery for less-known artists,” Hopper said. “I have some artists lined up – painters, sculptors, paper artists, pen and drawers.”

The 117-year-old building is getting a makeover with Gary Gallagher as the contractor and 510 Architects as the designer. Hopper said he found the building with the help of Sally Hawthorne of Joyner Fine Properties.

The 2,500-square-foot building, which includes an upstairs apartment and basement, also will get new walls to accommodate restrooms and a small office. Hopper said he’d like to refinish the floor with reclaimed wood or resin concrete. The basement will be turned into an art studio where Hopper, an artist himself, will work.

Hopper is a Fairfax native and studied art at Sarah Lawrence College in New York City, where he lived before coming back south. He said the burgeoning arts scene and affordability drew him to Richmond.

“I like the historic neighborhood. It’s on the edge of the arts district,” he said.

Hopper said he’d like to have a soft opening in roughly six months.

While Acute Gallery is slightly smaller in size and cost, Jackson Ward has drawn some larger projects recently.

A five-story, $27 million apartment development featuring a restaurant and retail space is set to rise at 2 E. Marshall St. A few blocks down, mixed-use development Eggleston Plaza is under construction at the corner of Leigh and Second streets. 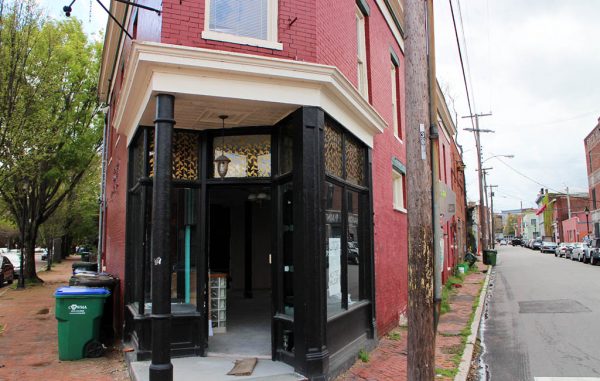