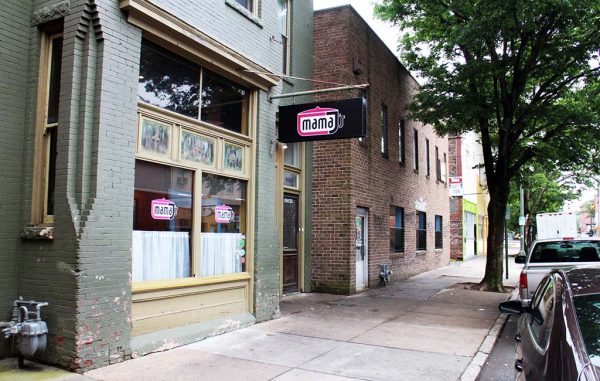 A Jackson Ward restaurant known for its southern comfort dishes is ready to grow again.

Mama J’s is expanding into a two-story building at 411 N. First St. to make room for more kitchen space to accommodate its growing catering business and to-go operations.

The space is next door to Mama J’s main restaurant space, and the company bought the building nearly two years ago. The expansion will target the kitchen and prep areas, Mama J’s President Lester Johnson said, but it will not include the restaurant’s dining area.

Plans for the North First Street building call for the enclosure and conversion of a parking garage into a 1,600-square-foot kitchen, Johnson said. He said the eatery will move its to-go operations from the restaurant to the new space. The second floor of the building will be converted into company offices.

Both the restaurant and catering business currently share an 800-square-foot kitchen, Johnson said.

“We’re trying to grow our catering operations, and given the space that we’re in currently, that was becoming difficult to do when having to fill restaurant and to-go orders from the same kitchen,” Johnson said. “With the new kitchen, we’ll be able to move our catering operation into the new space … that will free up space to address demand with our other orders.”

Founded by Velma Johnson, Mama J’s has been a Jackson Ward mainstay since 2009 – expanding when needed to accommodate its growth, Johnson said.

Three years ago, the company converted the ground level of a building it owns at 101 E. Clay St. into an events venue, where it caters private parties.

“We were originally a catering operation before we opened the restaurant,” Johnson said. “Being able to expand our catering capacity is going to be very important to us in our future growth.”

During peak dining hours, Johnson said the existing kitchen becomes slammed with orders, which can impact wait times for customers.

With the new kitchen, Johnson said its to-go, catering and restaurant will be more streamlined, allowing patrons to receive food faster.

Mama J’s plans to invest about $500,000 in construction and design of the new space, Johnson said.

While no general contractor has been selected, the restaurant has secured Richmond-based HimmelHume Architecture to design the site.

Construction could begin in about a month, pending city approval, Johnson said. The firm hopes to begin operations in the new space by the first quarter 2018.

Johnson said Mama J’s is still determining what to do with the kitchen in the existing events space once the new kitchen is ready.

“We may do our baked goods in that kitchen, but I’m not sure yet,” he said.