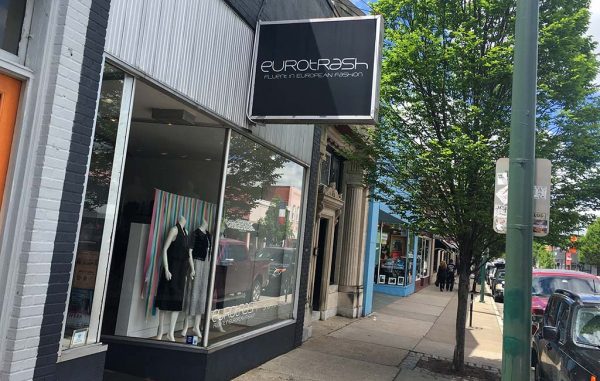 A Carytown retailer that brought flavors of European fashion to Richmond is on its way out.

Hughes said she ran the business from afar since her family moved from Richmond last year.

“Closing the store’s a natural progression of where life’s taking me and my husband,” Hughes said. “My staff’s been amazing, and not being where your business is (located) is just complicated. I didn’t have the bandwidth to keep running it.”

Hughes said she plans to close the 1,400-square-foot shop in the first week of July, but hasn’t ruled out the possibility of continuing Eurotrash’s online shop.

“I’ve gotten funny emails from husbands saying, ‘Where am I gonna shop for my wife now?’” Hughes said. “I’m so grateful to the Richmond community. It’s been such a fun run.”

Orange owner Cathy Davis is moving her shop out of the space at the end of the April, when her lease expires. She said she’s not yet found a new home for the arts and crafts boutique, which she hopes to keep in Carytown or move to Scott’s Addition. Davis cited rising rent as her reason for leaving.

Hughes said the building’s sale and new landlord had nothing to do with her decision to close Eurotrash. Lacy has said he does not expect World of Mirth to vacate its space.

Reached Wednesday, World of Mirth owner Thea Brown said her lease runs through next April, and that Lacy told her he’d like the shop to stay.

Eurotrash isn’t the only clothing retailer on its way out of Carytown.

National chain American Apparel is preparing to close its location in Cary Court this month, while Fredericksburg-based Hooked closed its shop at 3027 W. Cary in March.